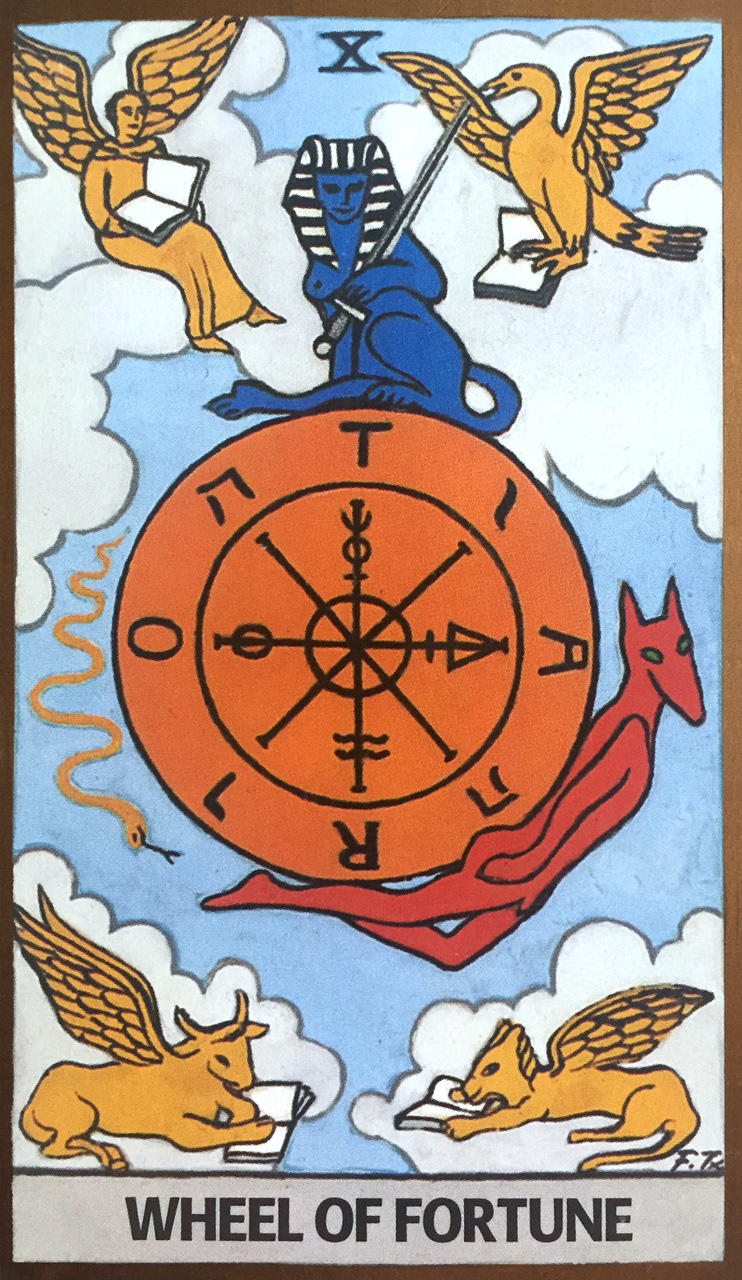 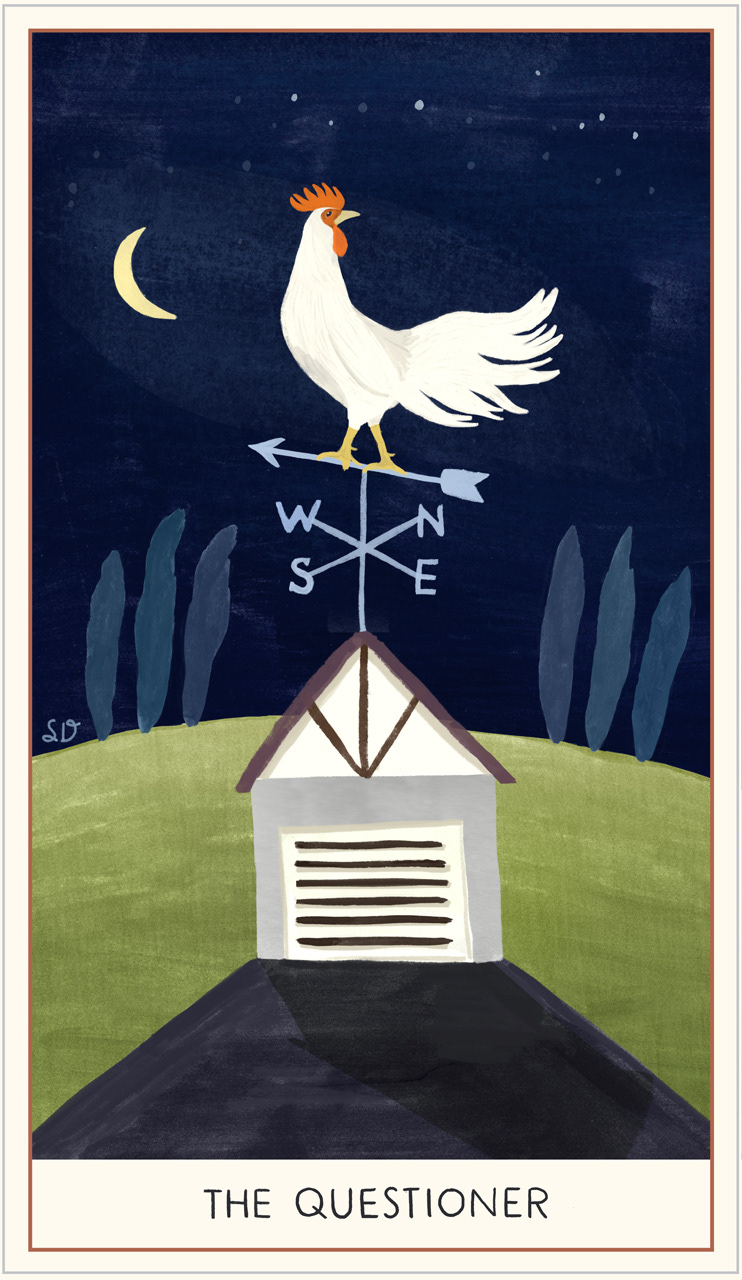 The Wheel Of Fortune card has been modeled after the medieval concept of Rota Fortunae, the wheel of the goddess Fortuna. The snake represents the life force plunging into the material world. On the right side rises the Anubis welcomes souls to the underworld. And on top of the wheel sits the Sphinx, representing knowledge and strength.
The Wheel of Fortune as The Questioner
The Wheel of Fortune is an ancient symbol of the nature of fate and has its origins in the concept of the Zodiac, the apparent path of the sun across the celestial sphere throughout the year.
The circular motion of the weathervane easily corresponds to that of the Wheel of Fortune, and the uncertainty of the wind that makes it whirl produces the same kind of anxiety as the winds of fate. It's also interesting to note that unlike the sun, the wind is invisible (suggestive of the unseen world of the subconscious) and we can only see it via an instrument (such as the weathervane).
There is a similar motif of 4 between the cardinal directions of the weathervane and the 4 fixed signs of the Zodiac. Both indicate the possibility of knowledge or wisdom in the midst of uncertainty.
As long as the rooster hasn’t found his inner compass the wheel of Fortune will keep turning - the inner compass being the arrow on the weathervane that's indicating the wind direction. And it’s similar to the sword held by the Sphinx in the Tarot card. When the rooster becomes aware of the direction then he becomes like the Sphinx, who has knowledge and strength, even if he can only see a few steps ahead like the Hermit. Accordingly, Jung pointed the importance of enduring doubt during the process of individuation.
This card works in tandem with The Questioner, which I associate with The Emperor in the Tarot.

The Lovers
The Ally
↑Back to Top