It's not your fault – Good Will Hunting

A short film to the music On The Nature of Daylight

What This Painting Tells Us About Frida Kahlo,
Melancholia: Life Out Of Proportion,
You're Entering a World of Pain – The Big Lebowski,
Hurt People Hurt People – Greenberg
Philippines Eagle's Growing Pains – Our Planet,

Initiation Through Trials – Joseph Campbell,
​​​​​​​The Problem of Anger - How to Use the Power of Your Dark Side,
Feelings: Handle Them Before They Handle You – Mandy Saligari,
A Brief History of Melancholy,
The Importance of a Breakdown
Podcasts:
About That Farm Upstate (This American Life),
If You're Often Angry Or Irritable, You May Be Depressed (NPR)
"Jung says that the fiery lion – a passionate emotion – is a preliminary stage to the realization of the unconscious contents. So it is absolutely necessary to brave the lion, that is, to overcome one's emotions before one can enter the unconscious, or eternity."
"We see the lion here as the terrible side of God following the idea of the greatest heat in the zodiac. Jung compares the lion of Judah to the passage about actual fire, and indeed these are the passages he often quotes to show that facing an encounter with the Self needs downright heroism."
"Standing the fire of the emotions is the one thing that gets one near to the fire of the psychological Self. Some people, of course,  have a strong moral sense and then the fire means accepting the shadow."
– Barbara Hannah, The Archetypal Symbolism of Animals
Writings:
Fables of the Lion and the Bird, Ursula K. Le Guin on Anger
Strategies to Cope With Tough Times, How to Make Use of Our Suffering,
Van Gogh on the Beauty of Sorrow and the Enchantment of Storms,
Psychologists Think They Found The Purpose of Depression,
Emotional Purging: Physical Signs Of Emotional Detox 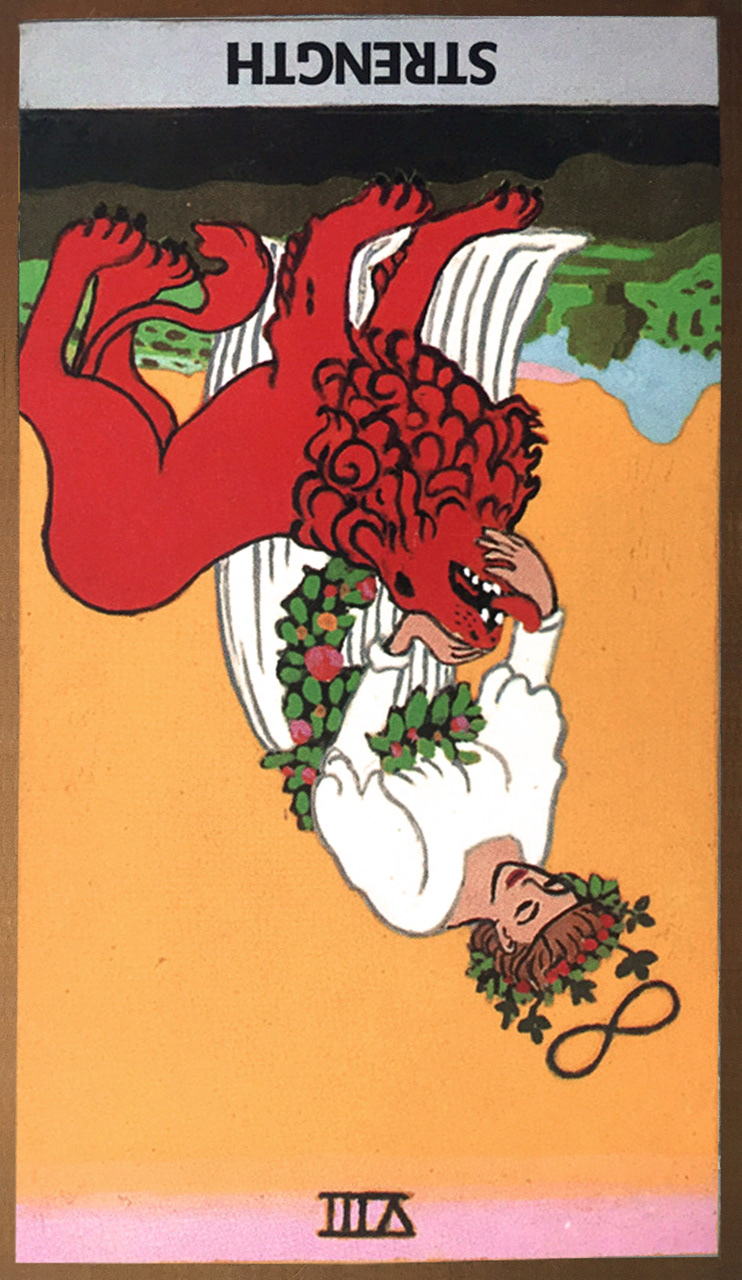 And The Flip Side Is

More From The Oracle

The Nobody
Invisibility, Emptiness, Personal

The Leader
Certainty, Will, Necessity
↑Back to Top