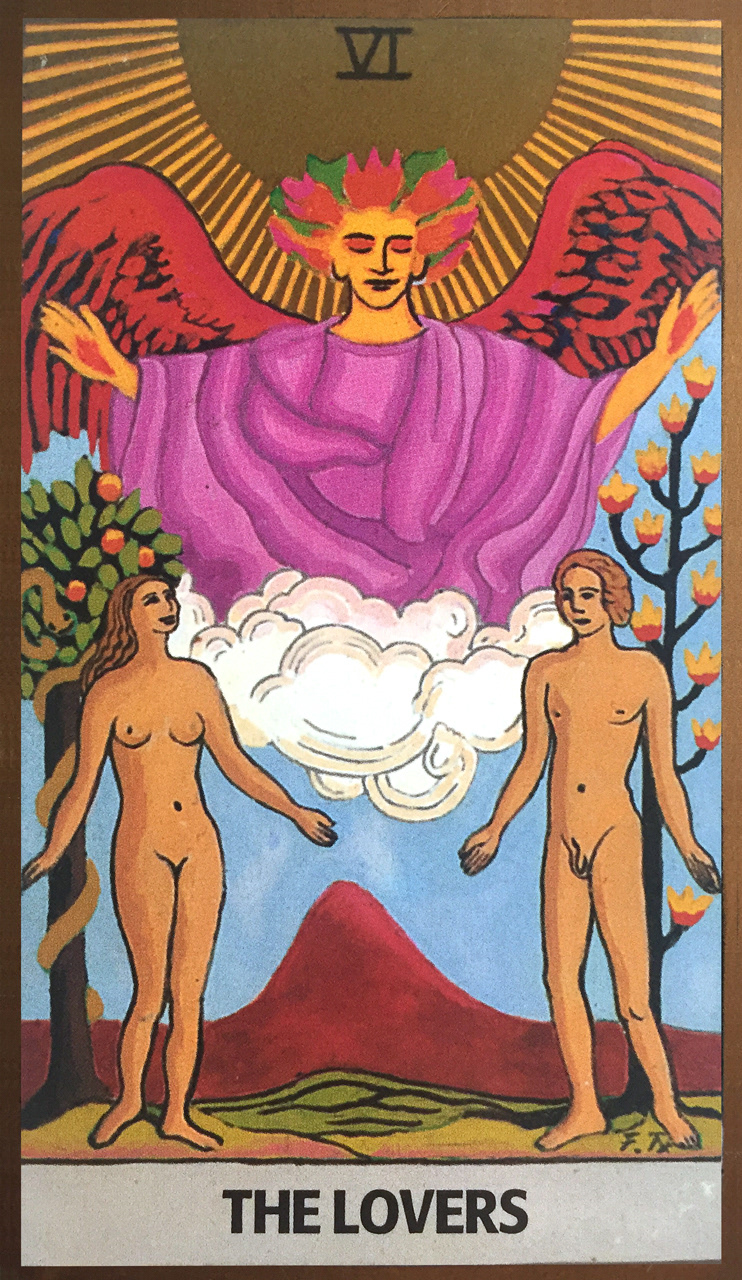 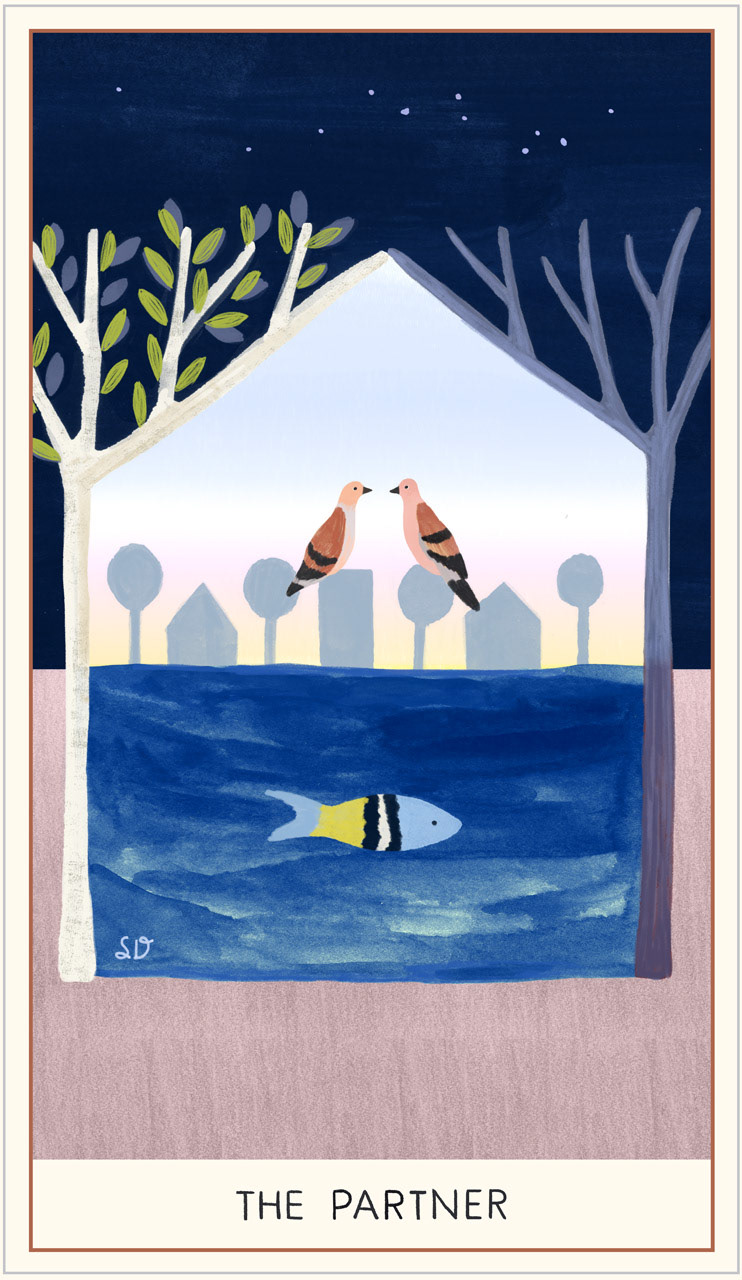 The Lovers card shows a naked man and woman standing beneath the angel, Raphael, whose name means ‘God heals’ and represents both physical and emotional healing. The angel blesses the man and woman and reminds them of their union with the Divine.
The Lovers as The Partner
The Lovers in the Tarot represents relationships and choices and is associated with the star sign Gemini (and the card in some decks is called The Twins). Psychologically this card points to the duality of human nature and the necessity to integrate both sides (male/female, light/dark, etc).
The two doves in my drawing are equivalent to the man and woman in the Lovers and the fish to the angel Raphael. It’s a bluehead wrasse which has the particularity of being able to change sex when the male of the colony dies. So like the angel, it is androgynous and points to a union of opposites.
Similarly, the two trees which form the outer house shape represent an alliance between the two opposite sides. One has leaves to mean desire (or life), and the other has naked branches to mean fear (or death). And the home they form is symbolic of the Garden, which "is the place of unity, of nonduality of male and female, good and evil, God and human beings." And "if you approach a garden like that and ... have fear for your life, you are still outside the garden. But if you are no longer attached to your ego existence but see the ego existence as a function of a larger, eternal totality, ... then you will go through." (Joseph Campbell, Power of Myth, p.133)
There are also two trees in the Tarot's Lovers card, one with 12 flames meaning the signs of the zodiac (time and eternity) and one with snake and apples meaning the knowledge of good and evil. “The man looks to the woman, who watches the angel, showing the path of the conscious to the subconscious to the super-conscious, or from physical desire to emotional needs to spiritual concerns.” In my card the trees are joined below through the water of the subconscious and above their branches are touching, which means the connection is also spiritual.
The volcano in the Lovers background represents the eruption of passion between the man and woman, which in my card is more like a sunrise so that the love between the two birds is each day renewed. And the city inside the house means their love is big enough to include the world, or mankind.

The Magician
The Explainer

The Hanged Man
The Denier and Caretaker

The Empress
The Consumer
↑Back to Top