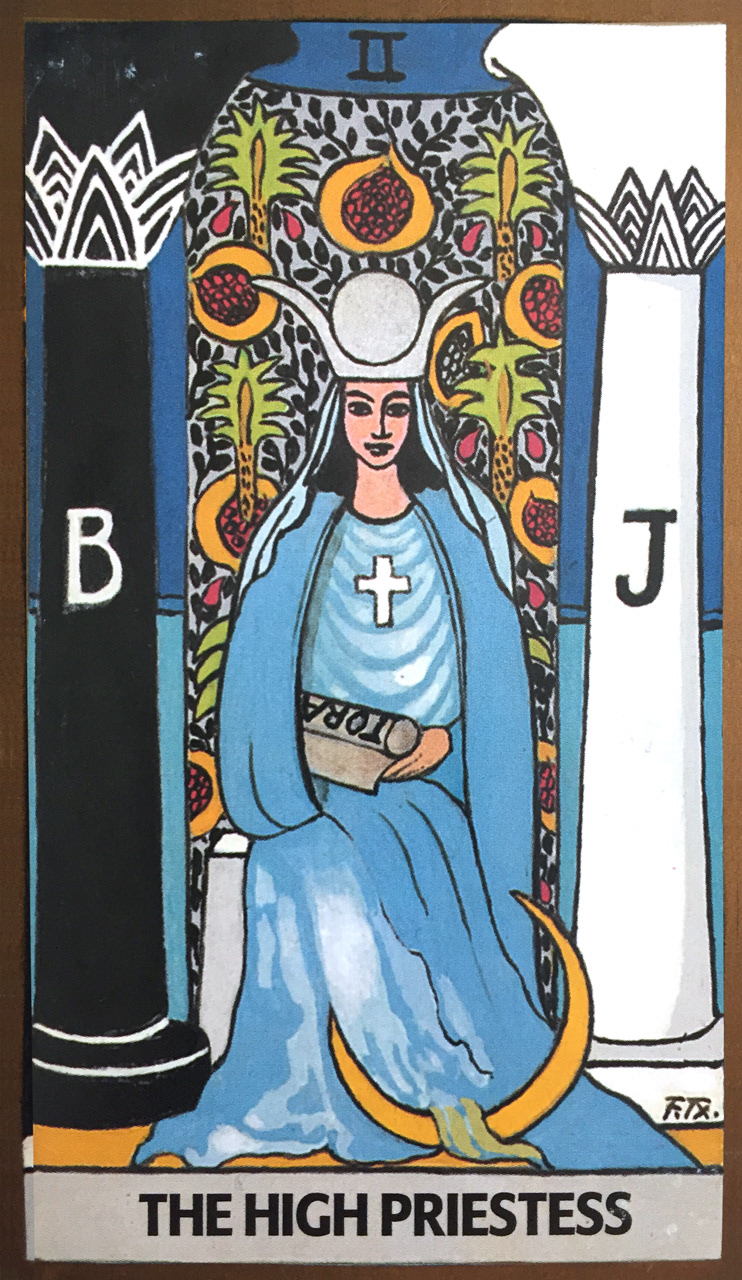 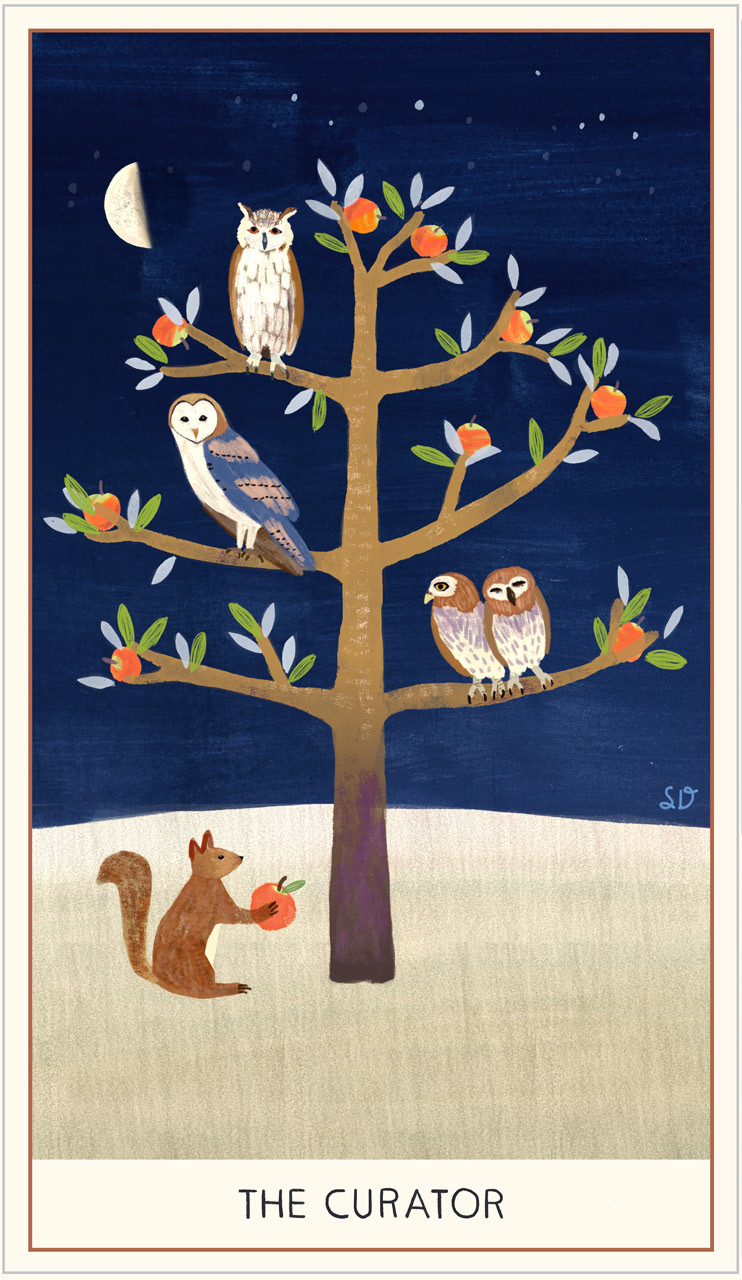 The High Priestess as The Curator
Owls, often portrayed as connecting the material world with that of the spirit, bring messages from the unconscious from which we must extract the gold, here represented as golden apples. The owls have absorbed the information (or memories) accumulated in The Consumer and release only the digestible content. The squirrel at the bottom holds a single precious golden apple, symbol of immortality or the soul.
Owls are also symbols of secrecy and don’t speak among one another, which points to a psychology of compartmentalization. One of the owls however is hugging another who’s a little reluctant. This represents a fusion of two compartments, which has to happen slowly (Jung mentioned the danger of fusing compartments too quickly, p. 240 in Barbara Hannah’s book on the Animus, vol 2).