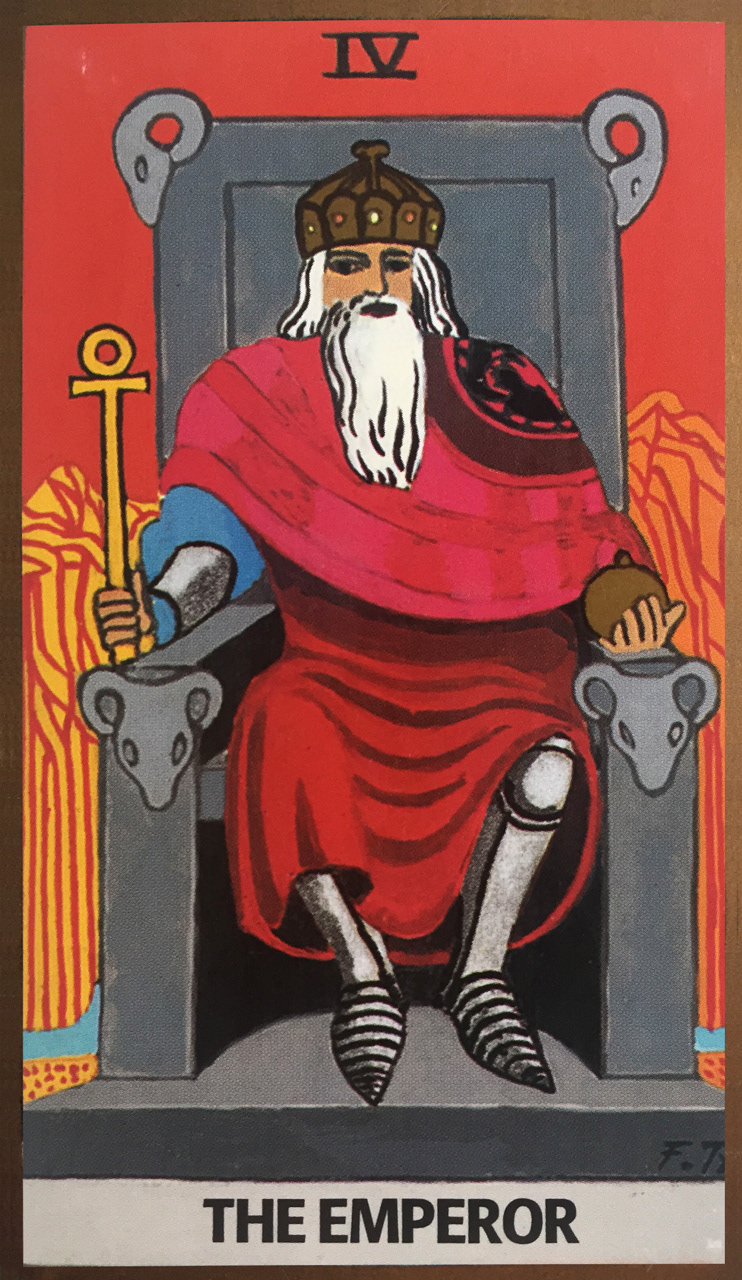 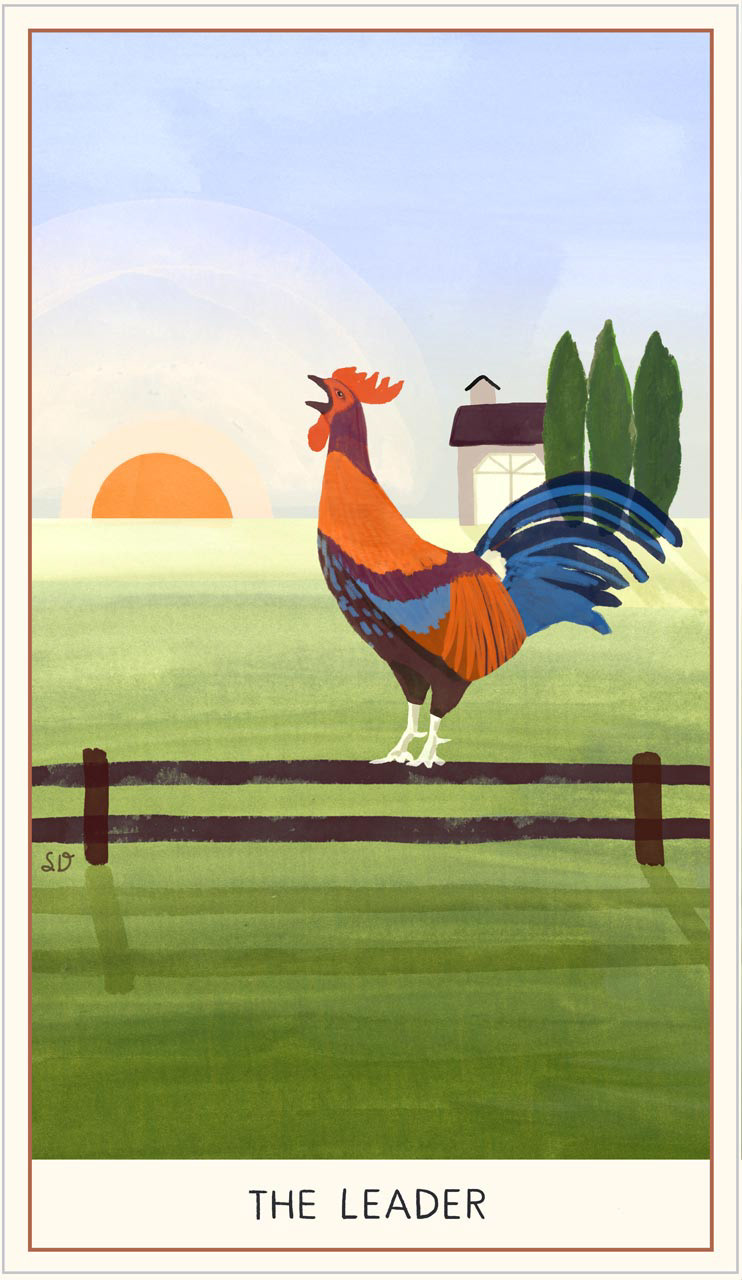 The emperor is sitting on a throne adorned with four rams’ heads (in connection with Aries and Mars), holding an ankh, the Egyptian symbol of life, and an orb, the world over which he rules. He represents secular authority on earth.
The Emperor as The Leader
As a representative of secular authority, the Emperor in the Tarot symbolizes wisdom and authority. Psychologically, he represents the father archetype, in both its positive (discipline, order, rationality, and inspiration) and negative form (rigidity, control). The same can be said about the rooster in The Leader, which portrays someone with a knowing attitude.
The Emperor as well as the rooster are full of certainty and both have crowns. There is also a common motif of 4 between the cards (symbol of stability): the 4 rams in the Tarot and the 4 pieces that make up the fence the rooster is standing on. The Aries symbolizes a connection with Mars who’s ruler has the same kind of fiery passion than that of the rooster. The colors of the Emperor’s clothes are also of similar shades of red and blue (and a similar curvature can be seen in the cloth).
The ankh symbol of life relates to the rising sun in my card, and the orb in the Emperor's hand corresponds to the farm over which the rooster rules - meaning that both Emperor and rooster rule over a kingdom smaller than they might think, i.e. the kingdom of the ego.
Behind the Emperor is a mountain range symbol of a solid but rigid foundation, however softened by a small stream of water. In the same way the barn would represent structure and stability which is also softened by the presence of the 3 cypresses symbolizing a connection to the underworld. Also, the rooster is "sitting on the fence", which may be an unconscious compensation of uncertainty balancing the rooster's outward attitude of certainty.
Reversed, the Emperor can be domineering and rigid in his thinking, which is expressed in the attitude of the rooster as well, if it crows a little too forcefully. This stage of the individuation process may have to do with healing the Father Complex, perhaps via gaining a healthy sense of doubt with The Questioner.

More From The Oracle

The High Priestess
The Curator