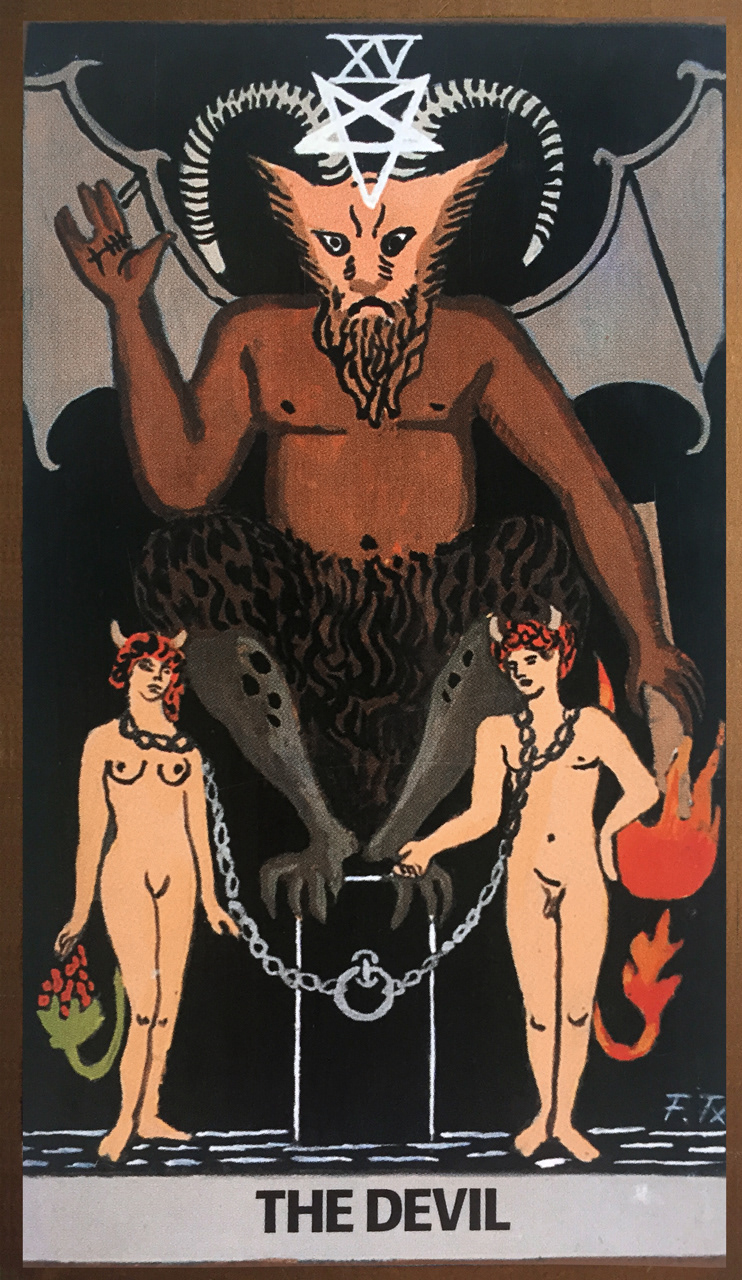 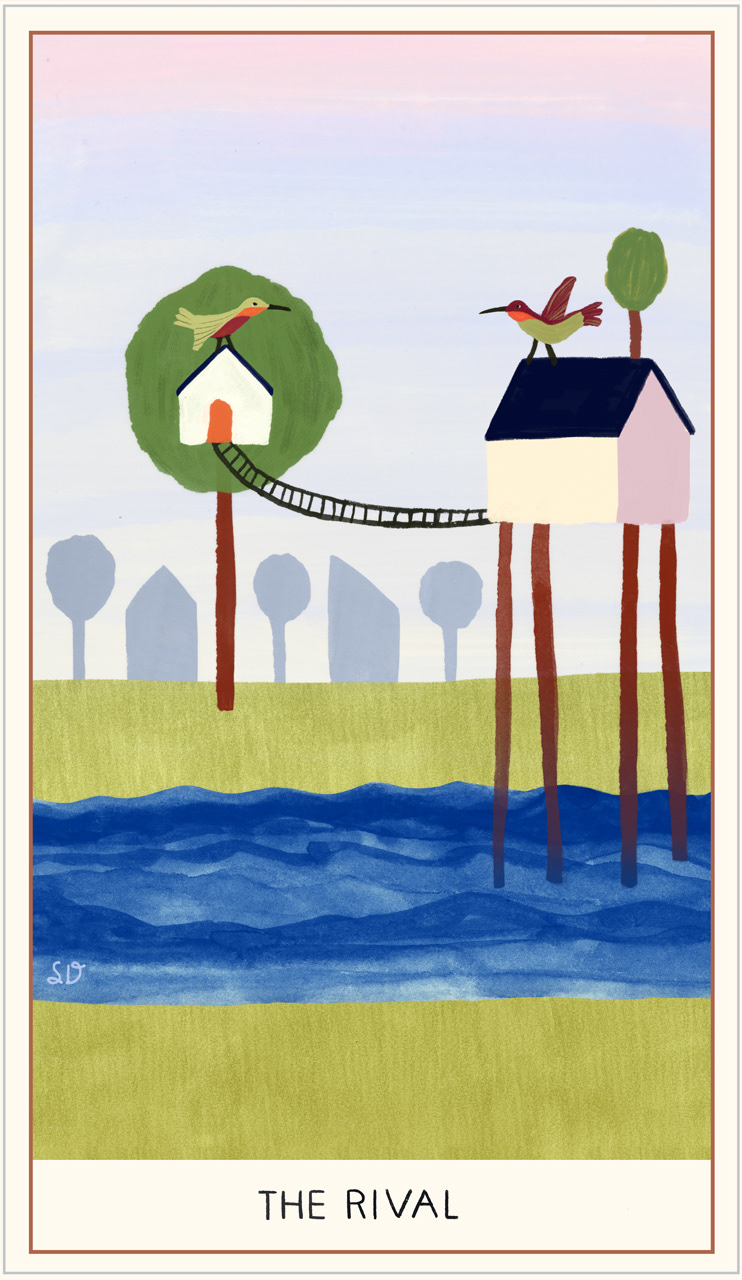 The Devil card shows Baphomet, or the Horned Goat of Mendes, a creature that is half man, half goat. Baphomet originally represented the balance between good and evil, male and female, and human and animal.
The Devil as The Rival
It may seem curious that the Devil card in the Tarot shows up in the later stages of the journey, where the soul has crossed over from the material world to the spiritual level. But an interpretation from the historical Cathar point of view explains this card as "the soul looking back and seeing the Devil dominant over the material world," where he is also shown (in older decks)  "as an androgynous being wearing a helmet with horns looking like antlers (thus referencing Pan, the god of fertility and Nature)."
So it would appear this card is more about having an awareness of the dominance of the Devil (as the god of Nature) over the material world than falling prey to it. Or perhaps it means having an awareness of the possible flip side of the attraction depicted in the Lovers card.
Interestingly, in my card of The Rival the hummingbird whose house is standing in the water (meaning connected to the unconscious) is actually looking back at the human world (symbolized by the city) over which the other hummingbird is also dominant. And this I later understood to symbolize a transference between the two birds (either of anima/animus or maybe of the shadow).
The bridge that connects the two houses symbolizes the bond in the relationship, which in a positive sense points to personal boundaries or a balance of opposites (male and female, good and evil, human and animal, in the original sense of Baphomet), or if the attachment becomes unhealthy then it would correspond to the chains holding the couple captive in the Devil card. However those chains are loose, so with some awareness they could be removed.
I chose to name my card The Rival because rival originally means "one who uses the same stream" or "one on the opposite side of the stream”, which is how the birds are pictured, quite literally. Although a rival points to the notion of competition (which by the way makes a game interesting), it can also imply cooperation when sharing the water from the stream.
So the state of the relationship is a matter of communication and understanding. Hummingbirds are very territorial and the two that feed on my feeder often fight over it, but they're never far from one another and I do see them drink from the feeder together at the same time on occasions!
This card works in tandem with The Ally, which I associate with The Lovers in the Tarot.

Wheel Of Fortune
The Questioner

Death
The Abdicator
↑Back to Top