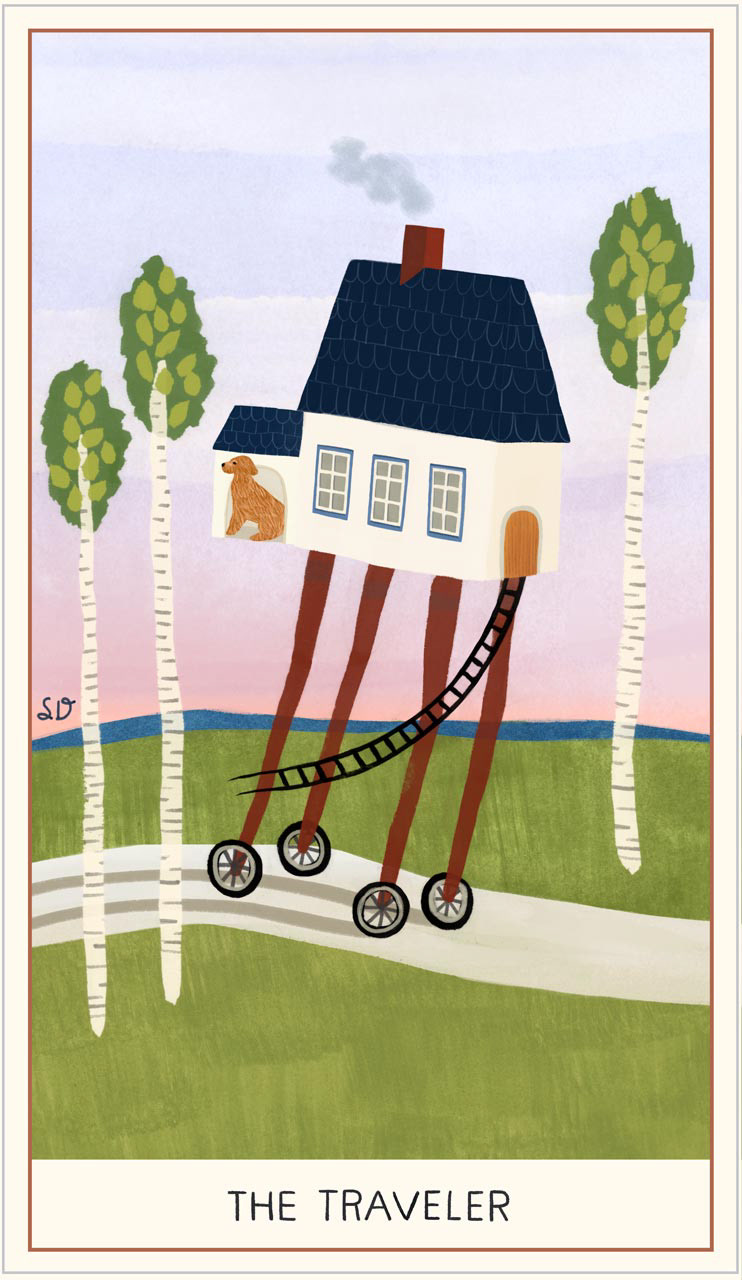 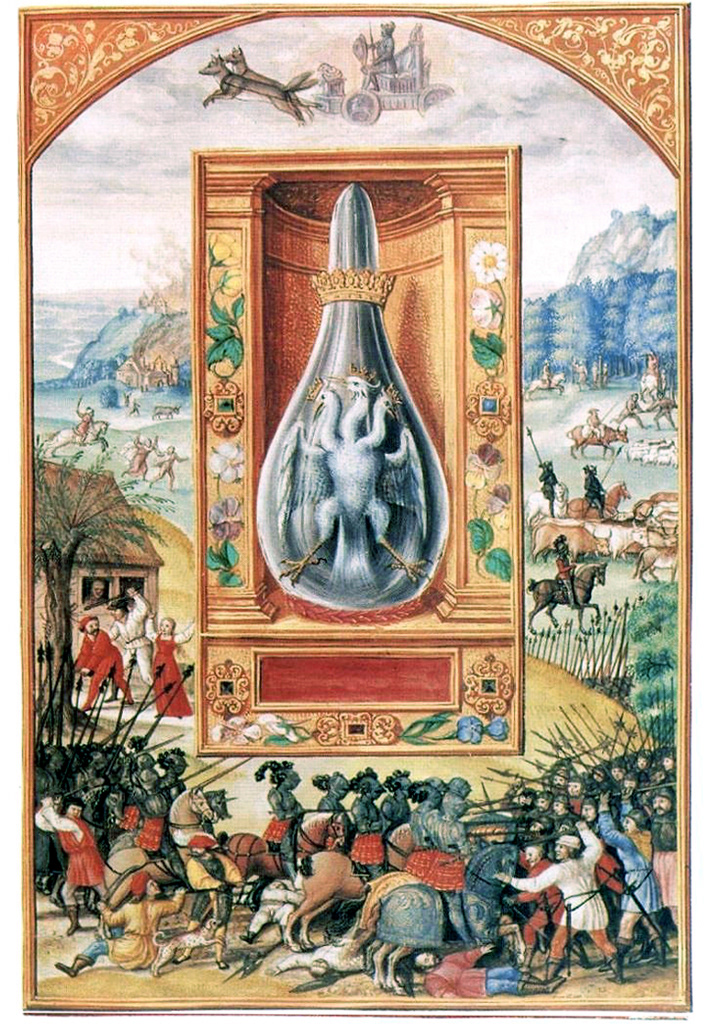 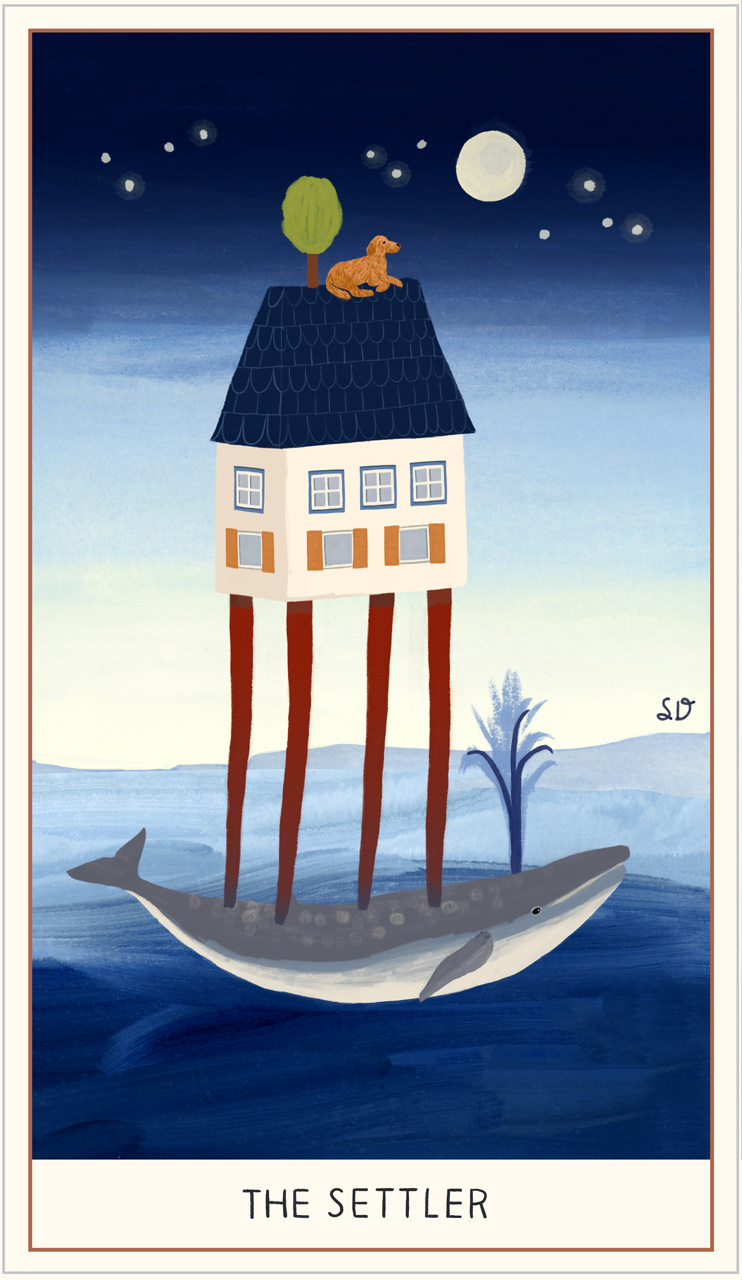 A crowned flask with a sealed top holds a crowned three-headed bird with wings outspread. Here the three birds are fused into one. The flask stands upon a red wreath of leaves, or tongues of flames. The chariot of Mars (who is fully armed) is drawn by two wolves, with a coiled serpent on the forepart. The wheels are Aries and Scorpio (half-hidden). Martial scenes depicted: soldiers, a burning house, a battle, slain warriors, the taking of cattle (the spoils of war).  (Stephen Skinner's Splendor Solis commentary)
The Triple-Headed Eagle vs The Traveler and Settler
“Psychologically, the three-headed bird could represent a situation where the intellect feels ungrounded, dissociated, and thrown into an immobilizing state of confusion. Things that used to make sense just don't.”
"At this point, a person may fall into utter despair, regress back to intellectualization or frantic activity, decide to join in the spoils ('Living well is the best revenge'), or trying to renounce the world and lead an ascetic life."
"The analyst, as well as the patient, must bear this new darkness and not try to move out of it with suggestions or impatient withdrawal of interest."
The Traveler and Settler express a conflict of will in the face of change.The house of the Traveler wants to keep moving ahead while the dog is literally "driven" by compulsion. In the Settler on the other hand, the house remains stable in the midst of the moving ocean with the help of the whale's stability and the dog fixing his gaze on the stars. Balancing the opposite forces of pushing ahead vs staying still at this stage one can stay in the process and allow the unconscious to move things along.
Note: the quotes in italic are from the book by J.L. Henderson and D.N. Sherwood, Transformation of the Psyche: The Symbolic Alchemy of the Splendor Solis