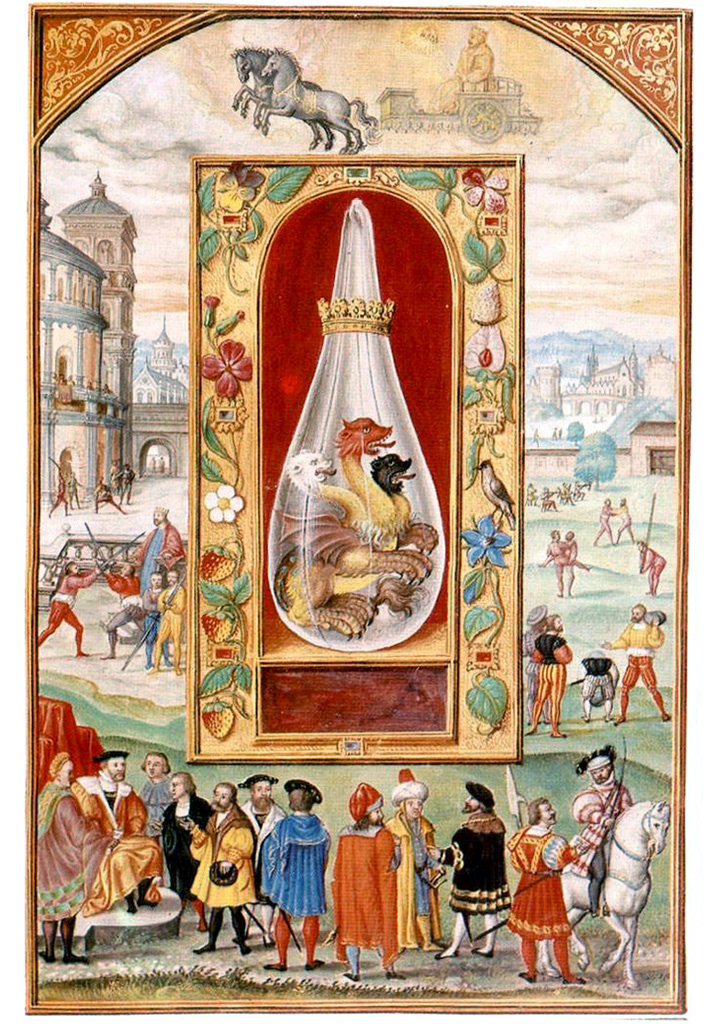 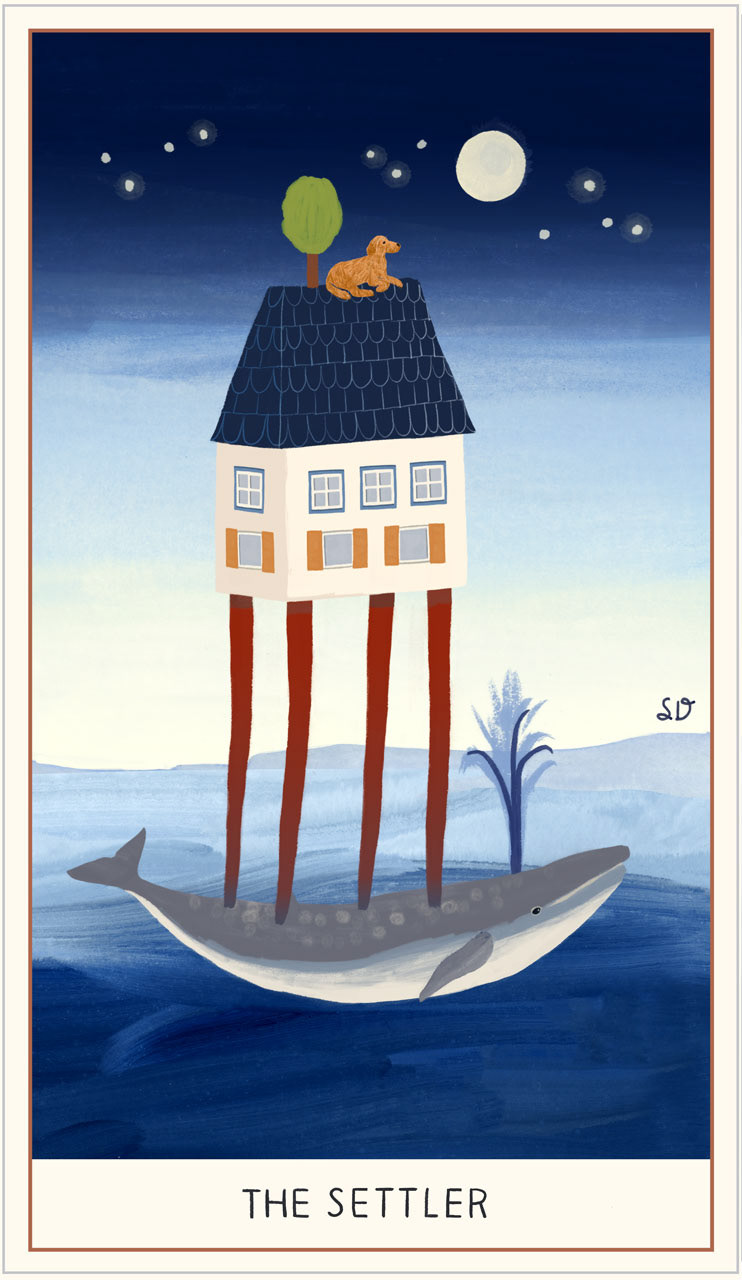 Within a crowned flask, sealed and not heated, is a three-headed green-winged dragon. Its crowned heads are white, red and black, repeating the colour scheme of Plate 13. The chariot of the Sun (crowned) is drawn by two horses with golden harness. There is only one wheel, which represents Leo. Solar scenes depicted: duelling, disputing, wrestling. At the bottom there is a diplomatic scene showing a Turkish envoy and a mounted horseman. (Stephen Skinner's Splendor Solis commentary)
The Triple-Headed Dragon vs The Settler
“We have here a peaceful scene of cooperation in the diplomatic meeting of a beneficient king with his courtiers. Instead of actual fighting, we have sporting scenes. In the background to the right, we see a large, arched bridge spanning a river, perhaps symbolic of a new connection between two sides.”
"This plate might represent a stage where conflict and shadow no longer threaten to destroy the process itself. Still, the breadth of view required for the work at this time is well represented by the panorama afforded by the Sun in a clear sky. The analyst must maintain a broad view, supporting but not directing the particular course of the patient's newly emerging energies and developing talents."
In my drawing the house remains stable in the midst of the moving ocean with the help of the whale's stability and the dog fixing his gaze on the stars. Balancing the opposite forces of pushing ahead vs staying still at this stage one can stay in the process and allow the unconscious to move things along. A certain balance has been attained between the ego and the unconscious, as shown in the alchemical plate by the people doing these kinds of balancing exercises and the diplomatic scene.
Note: the quotes in italic are from the book by J.L. Henderson and D.N. Sherwood, Transformation of the Psyche: The Symbolic Alchemy of the Splendor Solis