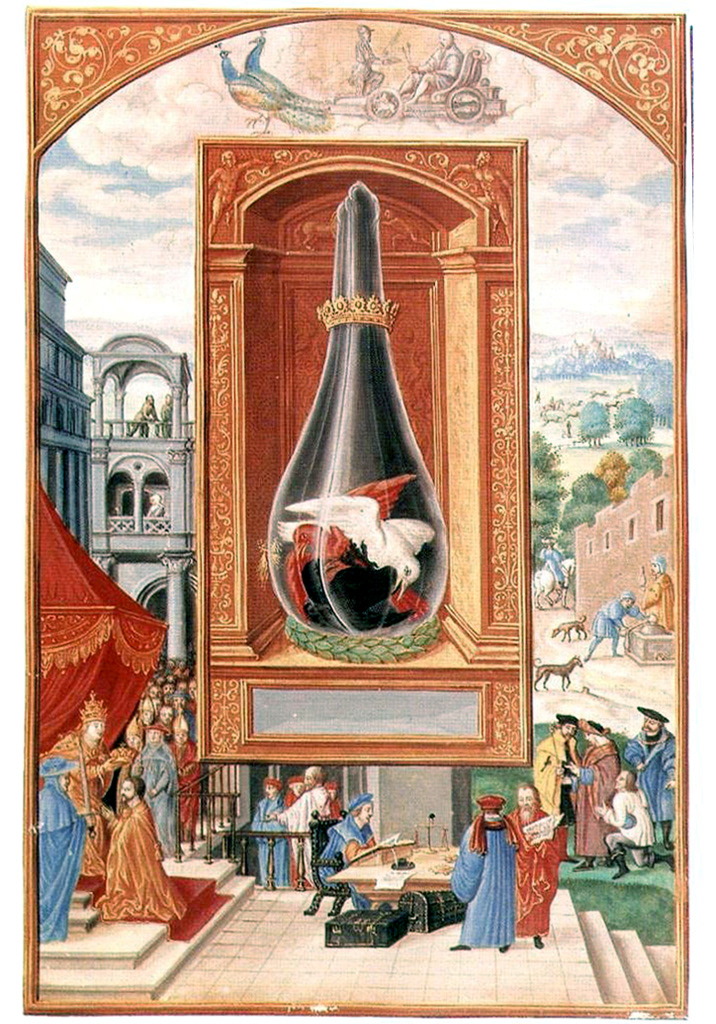 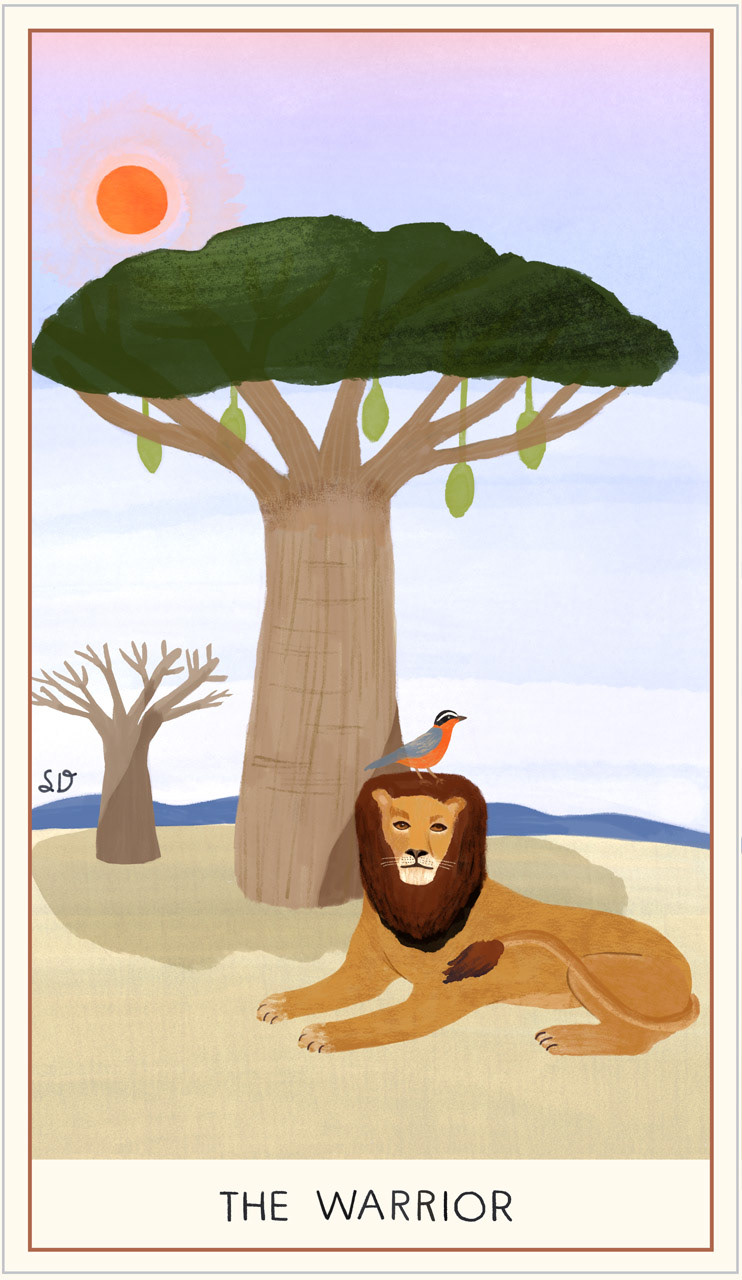 A crowned flask with sealed top holds three birds (red, white and black), which are following each other in cyclic succession. The birds correspond to the three stages of nigredo (black), albedo (white), and rubedo (red). The flask stands upon a wreath of leaves, or tongues of flames. The chariot of Jupiter (holding thunderbolts) is drawn by two peacocks. A servant offers Jupiter a plate. The wheels represent Sagittarius and Pisces. Jupiterian scenes depicted: a king being crowned by the Pope, a banker's treasure chests, a counting table with gold and papers.  (Stephen Skinner's Splendor Solis commentary)
The Three Birds vs The Warrior
“The red and white have become active against the black [as in] the alchemical process... They are not only working together: they appear to be passing through on another, something not possible in the ordinary physical world. Psychologically, outer harmony may allow for a clearer experience of inner factors and conflicts. When the analysand has achieved a reasonable stability in outer life, the inner life is free to stir. However it may easily lead to outer discord, given the propensity of the human psyche to translate inner conflict into action rather than tolerate the inner tension. At such time the analyst has to work hard to shepherd the impulse to act, returning the energy back to analysis. This is where the creative 'third', as opposed to the duality of black/white, inner/outer comes into play.”
In my drawing the lion is now visible and visibly calm (the anger is no longer repressed and the suffering of the previous plate has disappeared). The bird is now fearlessly standing on the lion's head, in other words a balance of power has been established between the material and spiritual (blue and red), unconscious and conscious (black and white), shown in alchemy as the king being crowned by the pope.
Note: the quotes in italic are from the book by J.L. Henderson and D.N. Sherwood, Transformation of the Psyche: The Symbolic Alchemy of the Splendor Solis