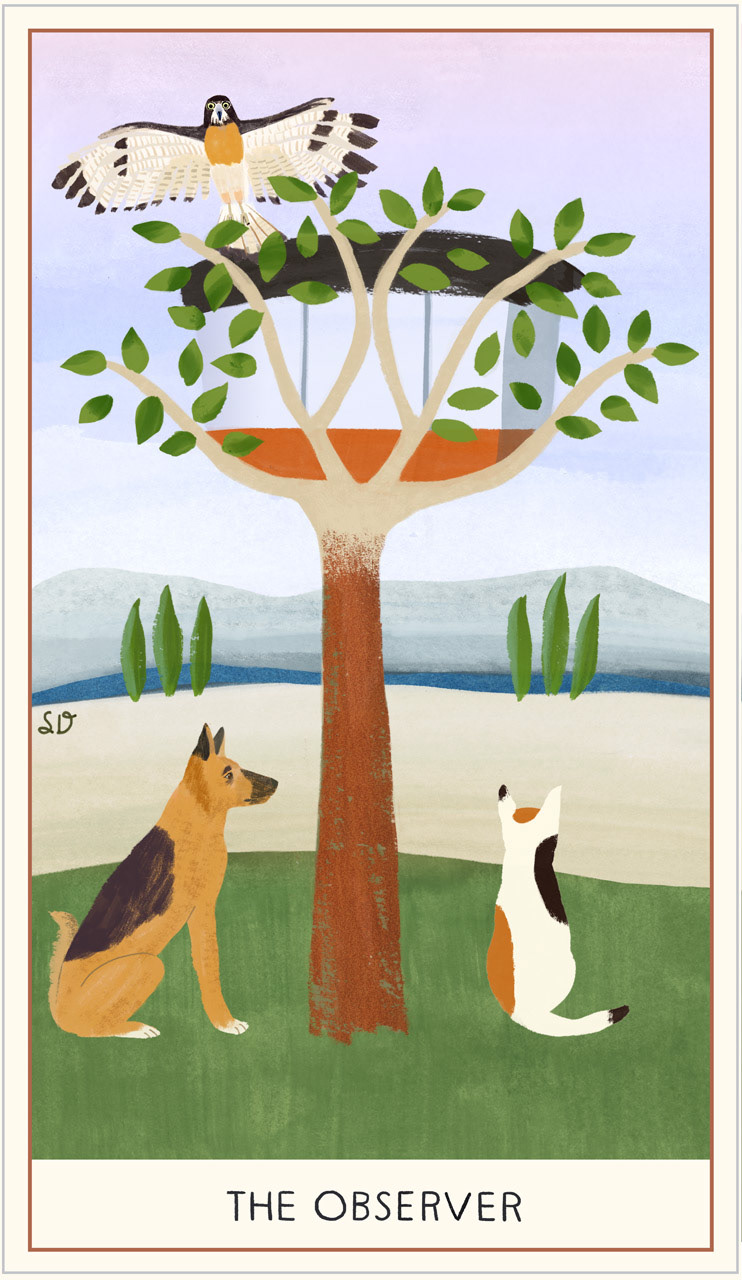 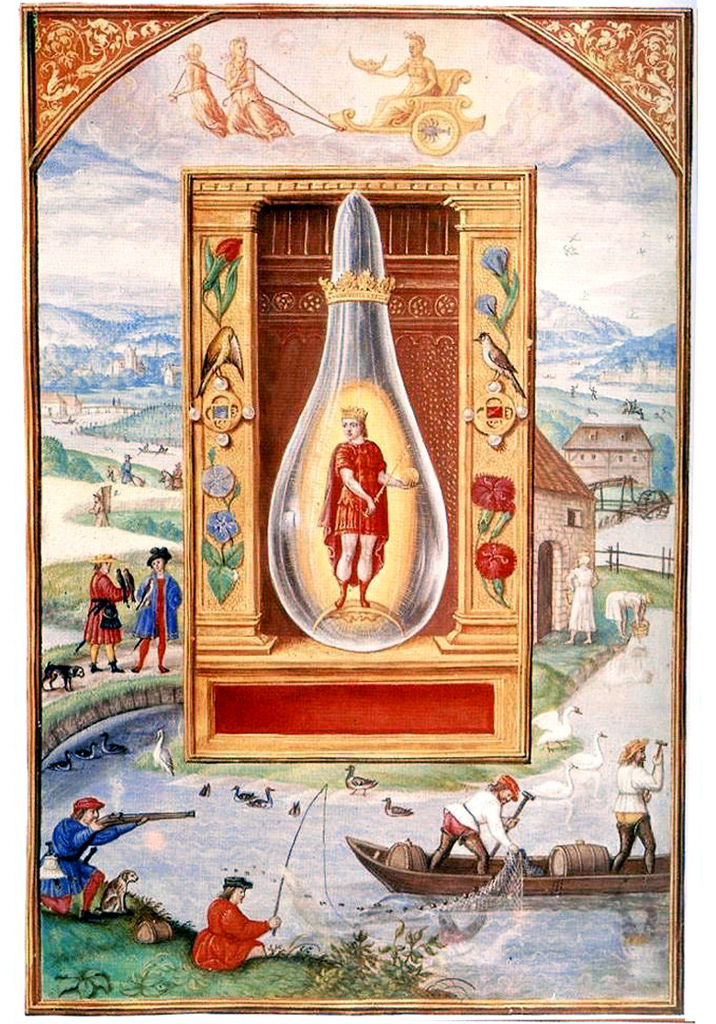 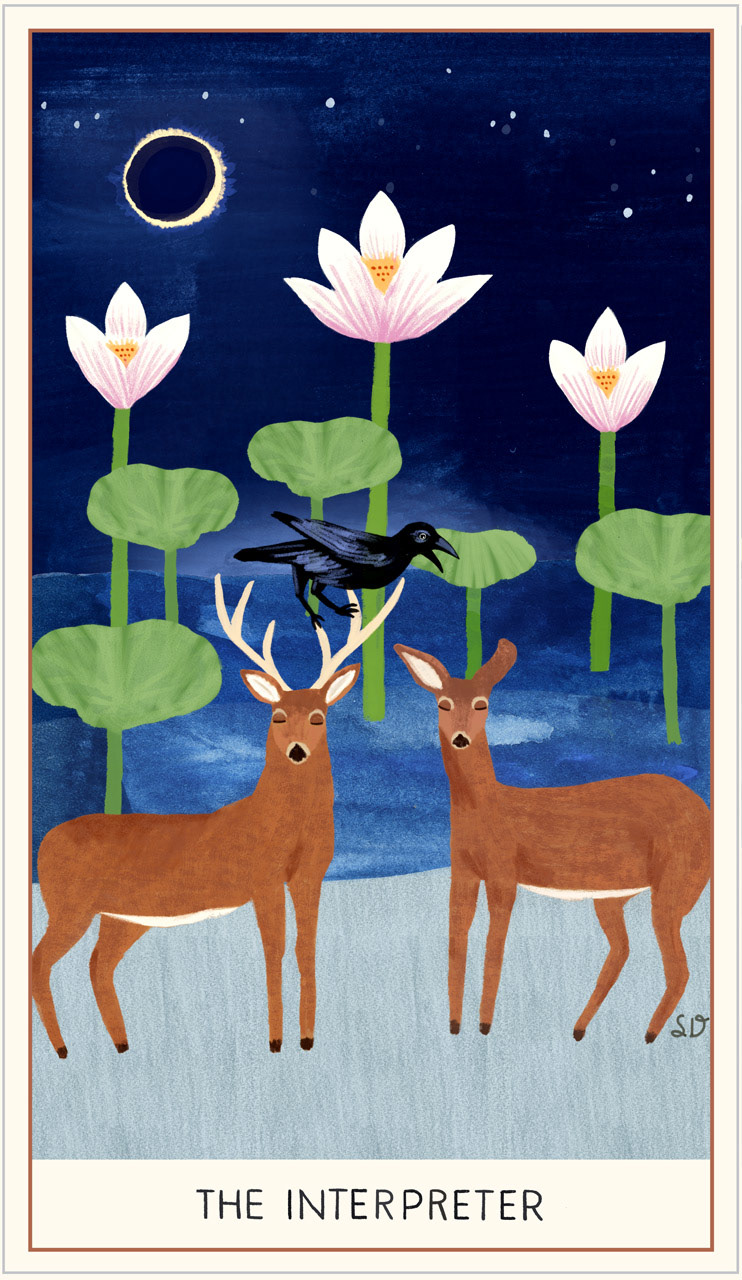 Within a crowned flask now again with sealed top, the King stands on an upturned lunar crescent, with an orb and sceptre in hand, bathed in a golden glow. The chariot of the moon (holding a lunar crescent) is drawn by two girls. Only one set of wheels, representing Cancer. Lunar scenes depicted: traveling, hawking, shooting, fishing. (Stephen Skinner's Splendor Solis commentary)
The Red King vs The Observer and Interpreter
"This young king is under the sign of the moon, and he is standing on the convex surface of a golden crescent moon. So he is not a symbol of the Masculine only but rather a symbol of the Masculine tempered by the Feminine."
"The maidens pulling the chariot suggests that, at the culmination of the process, the instincts (represented by the animals pulling the chariots in the previous images) have become humanized."
"The culmination of the work contains the two poles of the opposites, sun and moon, Sol and Luna. The kingly presence in the alembic, represented in human form, express the fullness of the rubedo, the red color that represents the end of the process."
"Higher consciousness is from Nature, and yet is something which Nature alone could not create. 'Although the urge to consciousness exist with nature - within the unconscious psyche - an ego is needed to realize fully that natural urge.' This final picture is about mankind using Nature while honoring Nature, so that none of the human activities are really against Nature. Humans recognize themselves as part of nature and try to live in balance with it."
In my drawing the hawk represent the objective stance of the sun, the visible world, while the crow in the other drawing brings the energy of the moon, the voice of the unconscious. This is moment of breaking through the glass and learning to see with something other than the eyes.
In the alchemical plate this coming together of the material and spiritual is symbolized in the red and blue clothing of some of the people and the presence of hawks and fish or aquatic birds. There's also something of the moon in the whole scene, thinking about Artemis who is a lunar goddess and presides over these kinds of activities such as hunting (and she also has the stag or deer as a symbol).
The Red King is the culmination of the work in the sense that it is a decisive moment in the process but I believe it's not quite the end, as it continues into the next series with the formation of the philosopher's stone.
Note: the quotes in italic are from the book by J.L. Henderson and D.N. Sherwood, Transformation of the Psyche: The Symbolic Alchemy of the Splendor Solis