Stories > Splendor Solis > Plate 8 - The Angel and the Dark Man 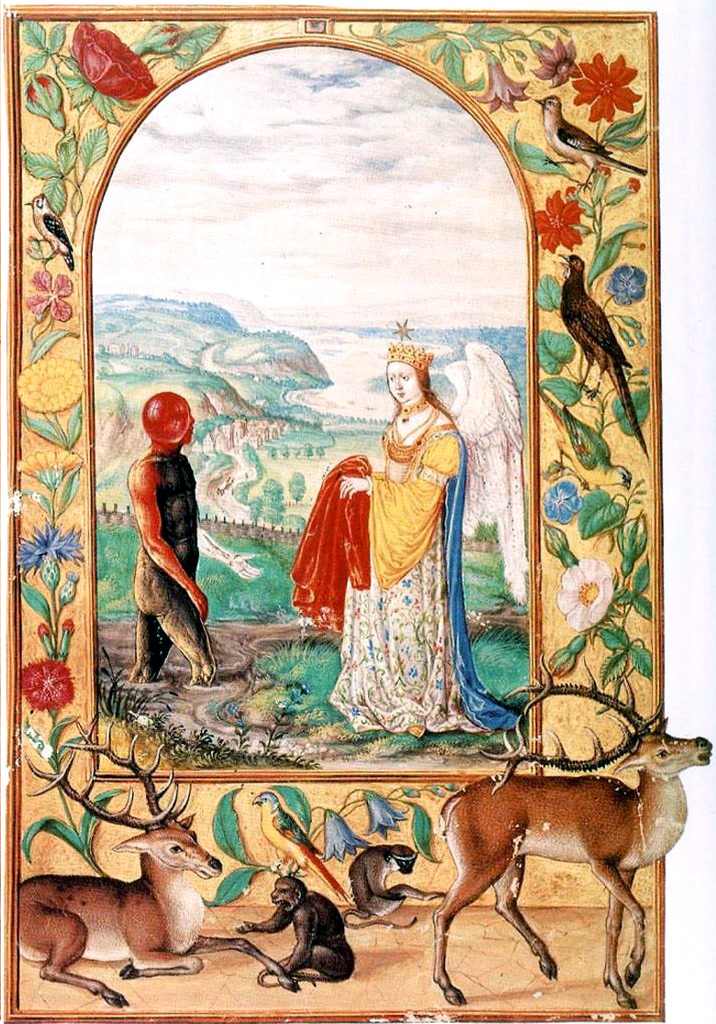 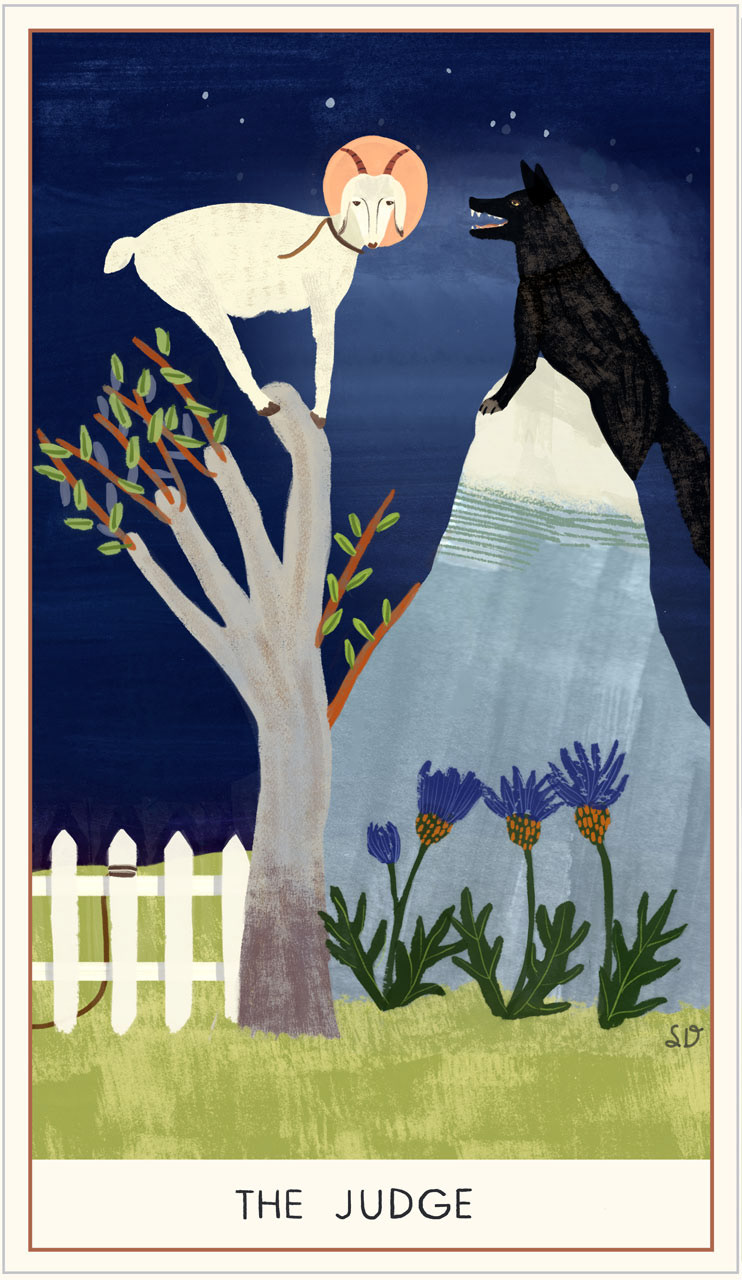 A crowned and white-winged angel with a six-pointed star shining above her head holds out a red cloak to a dark naked man who is emerging from a swamp. His head is like a red crystal ball in this manuscript. One arm is red, the other is white. The angel wears a gold necklace set with a large ruby. On the frame are two male deer, two monkeys, plants, flowers. The deer symbolizes resurrection, reinforcing the image of the man being saved from the swamp. (Stephen Skinner's Splendor Solis commentary)
The Angel and the Dark Man vs The Judge
“The queen offers a robe edged with gold to the naked man, who is standing up to his knee in black mud. A transparent red helmet covers his head, all for the profile. The red helmet may refer to the man having captured the sublimated vapors (or spirit) from the blackness below. The nigredo has yielded up the rubedo, one of the many names for the goal of the process."
"Psychologically, the appearance of the Dark Man represents an encounter with the dark side of human life. The alchemical colors are represented on his body signifying an embodied transformation, not just a change in mental attitude. At this stage the conscious personality with its red and white symbolism now confronts the shadow, which naturally arises following the death of the old king, or the old way of functioning (which may have been necessary at a particular point and in a particular context)."
"The task of acknowledging shadow is unbearably painful and usually surrounded by shame. It cannot be accomplished by the ego alone, it requires help from a ‘guardian spirit’ in the form of a living symbol that comes from the generative depths of the unconscious."
"In this plate the Feminine Principle is fully manifest as a saving grace, a queen who is also an angel, i.e. transcendent. In Jungian terms she represents the Feminine Self for women or the anima for men. She has the power to rescue the alchemical/analytic process from the folly of mere insight by recasting it as a relational process rather than one of mastery.”
In my drawing the goat represents the personality who has transgressed into the unconscious and encounters the shadow. The ego is "caught between hammer and anvil, both the accuser and the accused” (C.G. Jung, Memories, Dreams, Reflections). Her desire to leave the farm and return to Nature even if it means facing the wolf is motivated by an unconscious yearning towards wholeness. By leaving the farm she loses her innocence and the challenge now is to avoid wanting that innocence back and endure the feelings of guilt and shame during the integration of the shadow.
Symbolically, the white of the goat with the pink moon halo are analogous to the red and white colors of the conscious personality emerging from the swamp. The pink moon refers to Nick Drake’s song Pink Moon (and none of you stand so tall, Pink Moon’s gonna get you all) and could symbolize the red helmet/spirit that came from meeting the shadow. The tree is shaped like a hand with pointed index finger, the hand of justice pointed at the ego and symbol of the guilt surrounding the meeting of the shadow.
The thistle, with its prickliness, is seen in popular belief as a gift of the Devil. Mythically, it doesn't grow in the Garden of Eden but appears as a curse after the Fall (The Book of Symbols, Taschen, p. 166).
The Fall from Eden perhaps then happens when we fail to recognize the opposites and thus create a shadow. 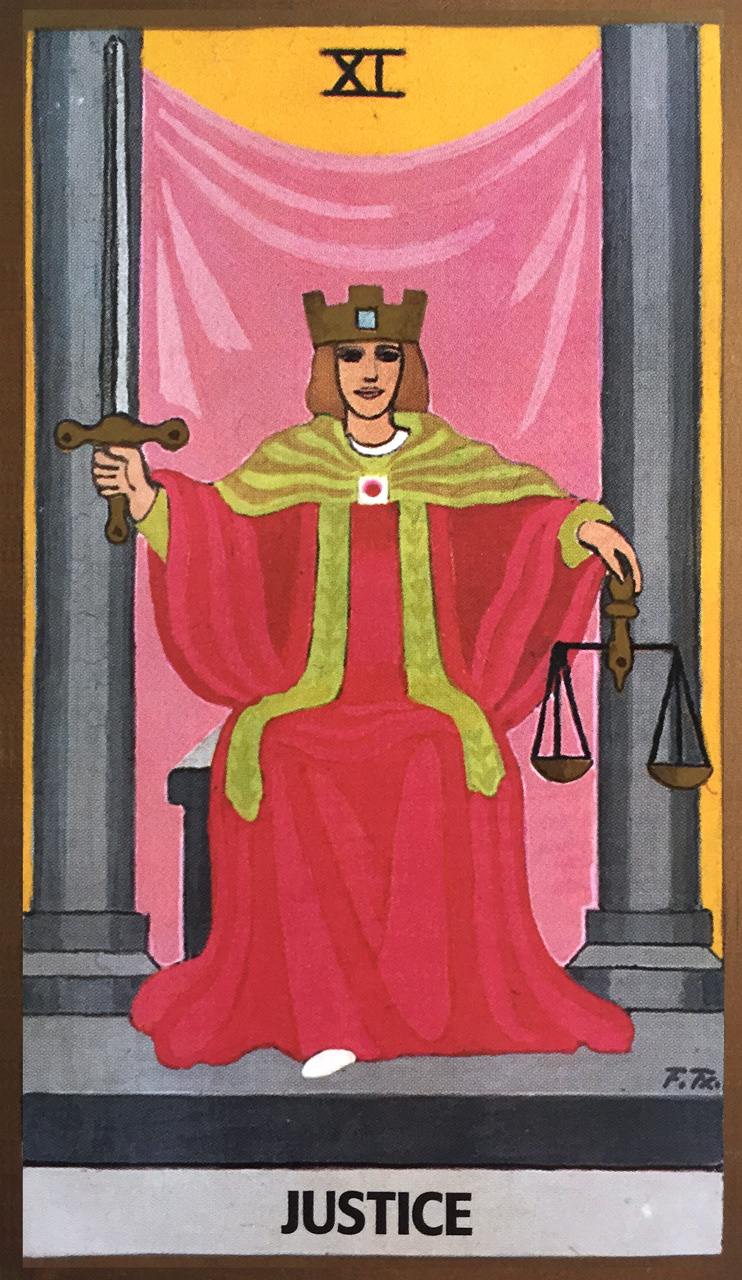 Note: the quotes in italic are from the book by J.L. Henderson and D.N. Sherwood, Transformation of the Psyche: The Symbolic Alchemy of the Splendor Solis

Series 3
Plate 16 - The Peacock/ The Charmer and Discloser