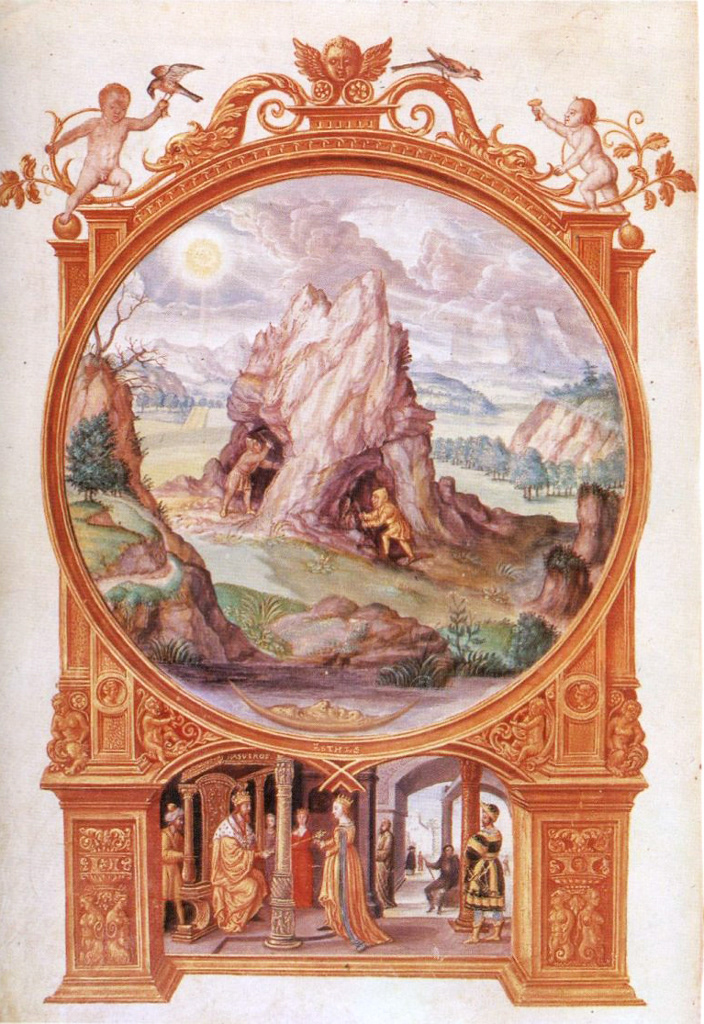 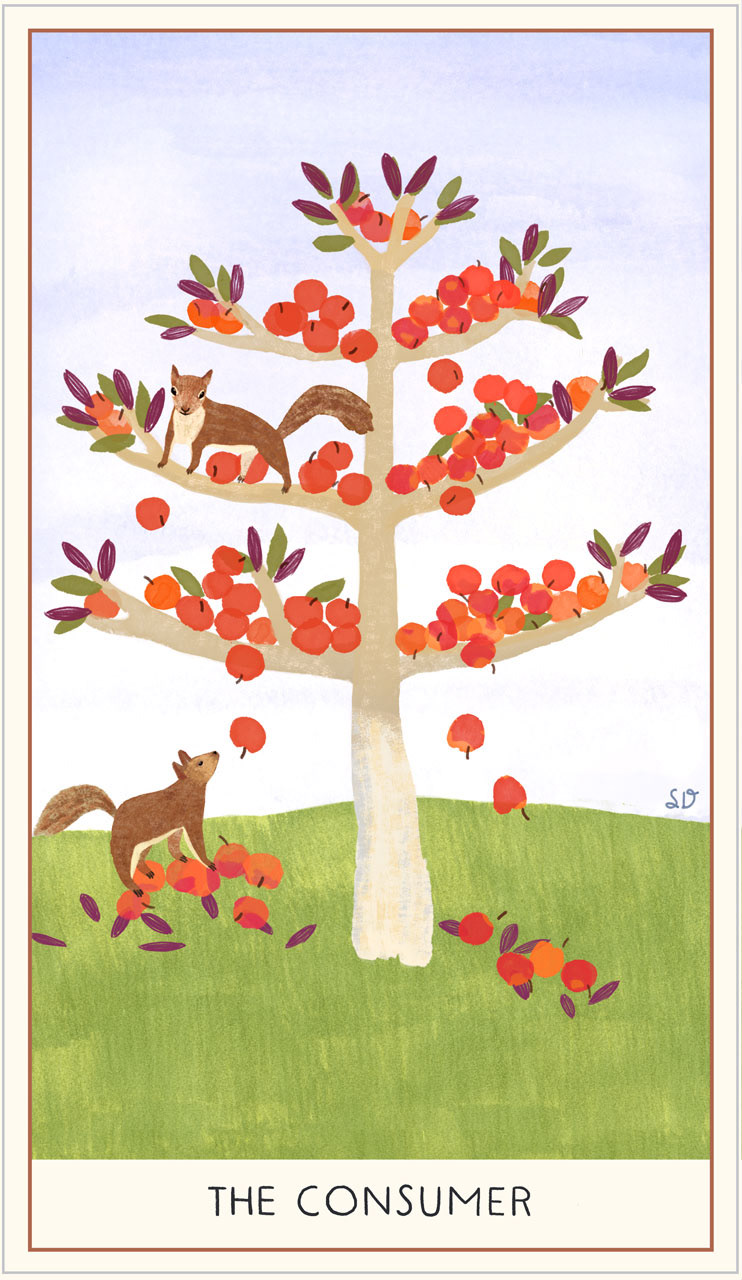 Two miners dig into a small hill at two points with pickaxes. In a lake nearby floats a crescent moon facing upward. The frame resembles a gilt mirror. Below, King Hasueros and Queen Esthes are at court, a reference to the story in the Old Testament book of Ruth in which Ruth saves the Jewish people from Ahasueros's pogrom. (Stephen Skinner's Splendor Solis commentary)
Digging for Gold vs The Consumer
"The pedestal of the frame depicts a crucial scene from the biblical story of King Ahasueros and Queen Esther, representing a new kind of relationship between a pair of opposites. The King is handing his scepter to the Queen, which is to say that the masculine is now willingly sharing its authority with the feminine."
With the two squirrels in The Consumer this may be expressed as a give and take between the unconscious and the ego. The tree is overflowing with apples (symbol of knowledge or love) provided by the tree (symbol of life or psyche), suggesting that perhaps too much knowledge, or feelings, is provided at one time by the unconscious for absorption by the ego, putting it in a state of confusion. Or that too much knowledge, or feelings, is retained in the unconscious  and needs expression in consciousness (through creative activities).
“During this stage, the unconscious material is sought out by the ego, like valuable ore with a new attitude of respect and interest. The image of digging suggests that there is the possibility of finding a buried treasure, a deeper meaning or value in the unconscious. The digging into the past is done in the service of the Self, not just the ego. The masculine is now willingly sharing its authority with the feminine. The painting’s elaborate frame with its dragons, children, women and theriomorphic figures hints once again at the value of instinct, of childlike playfulness and of the feminine."
The value of the feminine is also expressed in the Tarot via The Empress, as well as the fertile ground of the unconscious.
Note: the quotes in italic are from the book by J.L. Henderson and D.N. Sherwood, Transformation of the Psyche: The Symbolic Alchemy of the Splendor Solis