Stories > Splendor Solis > Plate 2 - The Philosopher and his Flask 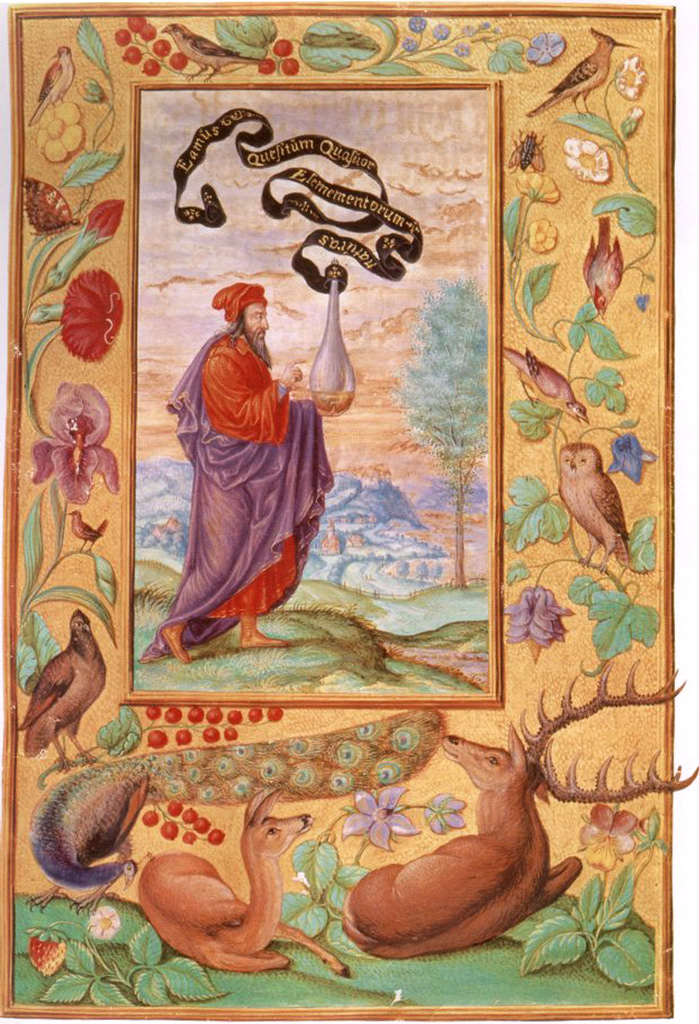 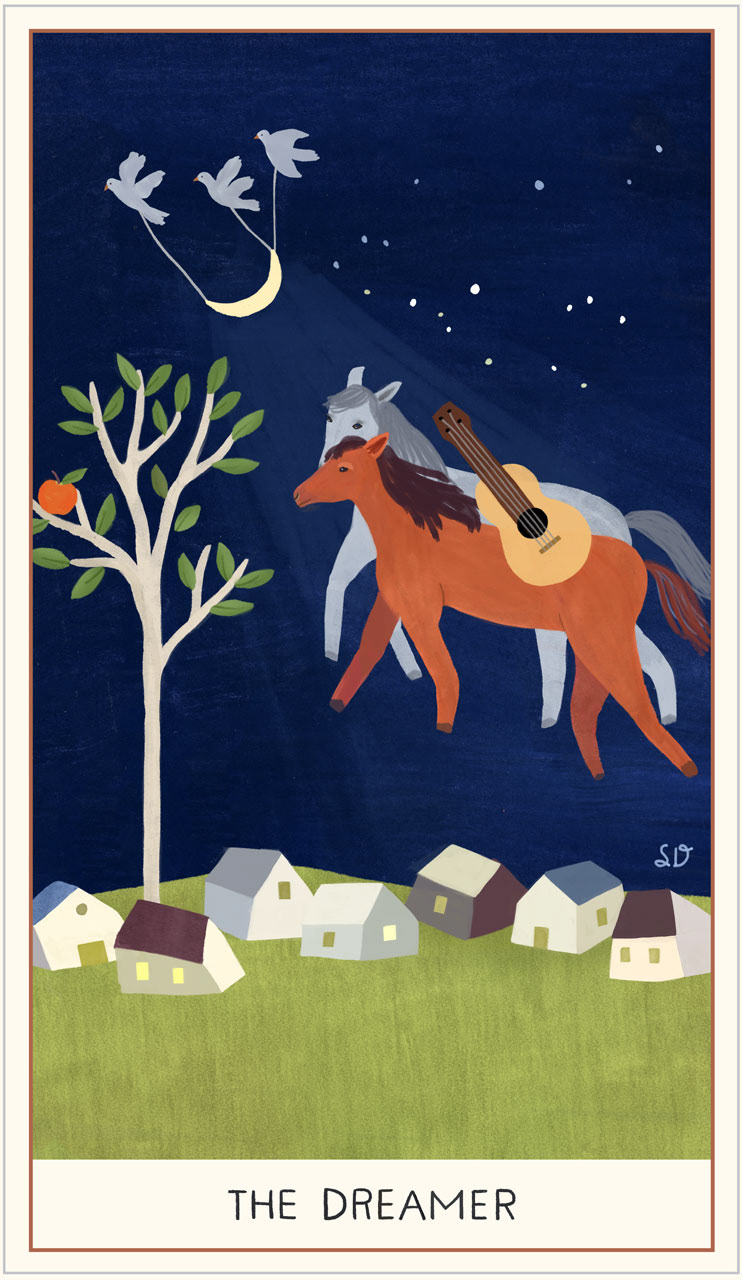 A bearded Philosopher stands wearing red and blue, pointing to a flask half full of golden liquid, the finished elixir. The text on the scroll reads: "Let us investigate the four Elements of nature". On the frame are images of deer (male and female), peacock, owl, birds, and fly. (Stephen Skinner's Splendor Solis commentary)
The Philosopher and his Flask vs The Dreamer
"From ancient times, the deer was used to represent a non-ordinary awareness or the capacity to communicate with the spirit world. In this plate, the mercurial spirit - in both its Feminine and Masculine forms - is aware of the alchemist as he begins his opus. Jung referred to the deer as a symbol of 'Mercurius, the essence, moisture, or principle behind or within the quicksilver... that indefinable, fascinating, irritating, elusive thing which attracts an "
The Philosopher on his journey investigating the Elements of nature can be compared to The Dreamer who follows his intuition and imagination in pursuit of other horizons. The two horses flying in the sky may symbolize the mercurial aspect of the Philosopher, the masculine and feminine, harmonized with music.
Note: the quote is from the book by J.L. Henderson and D.N. Sherwood, Transformation of the Psyche: The Symbolic Alchemy of the Splendor Solis