Stories > Splendor Solis > Plate 3 - The Knight of the Double Fountain 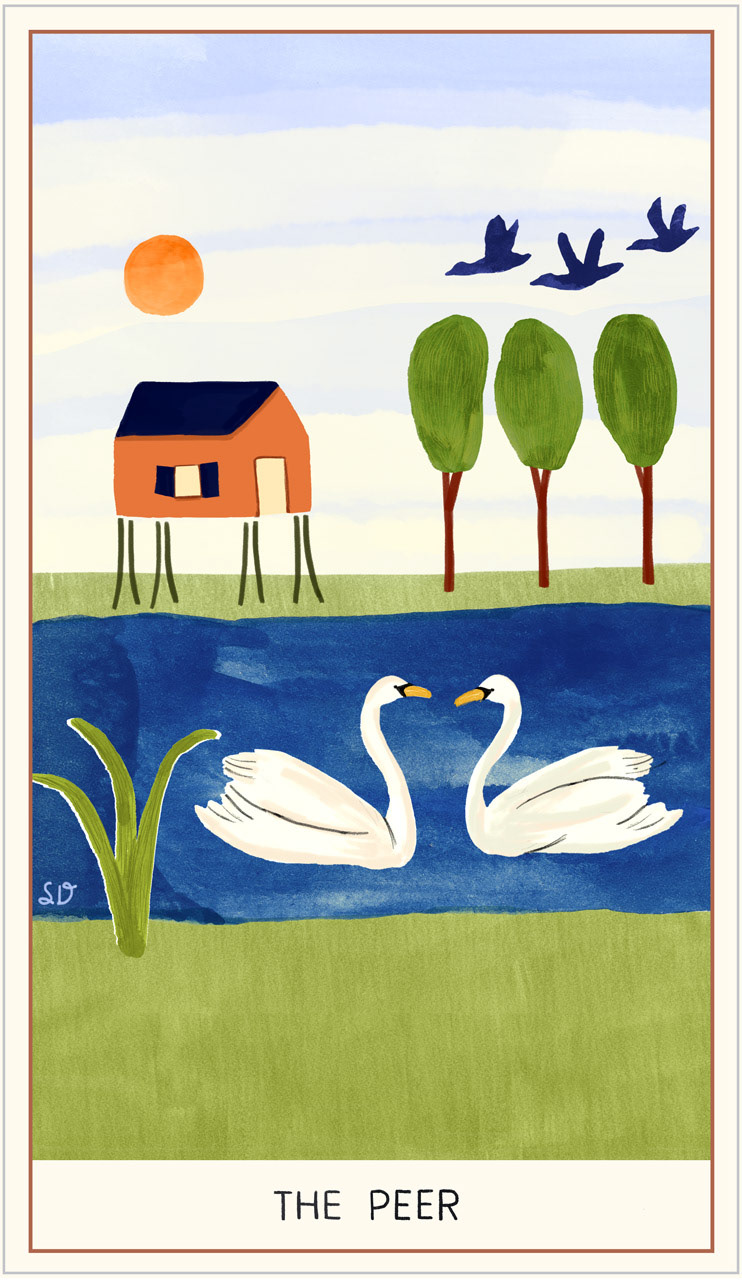 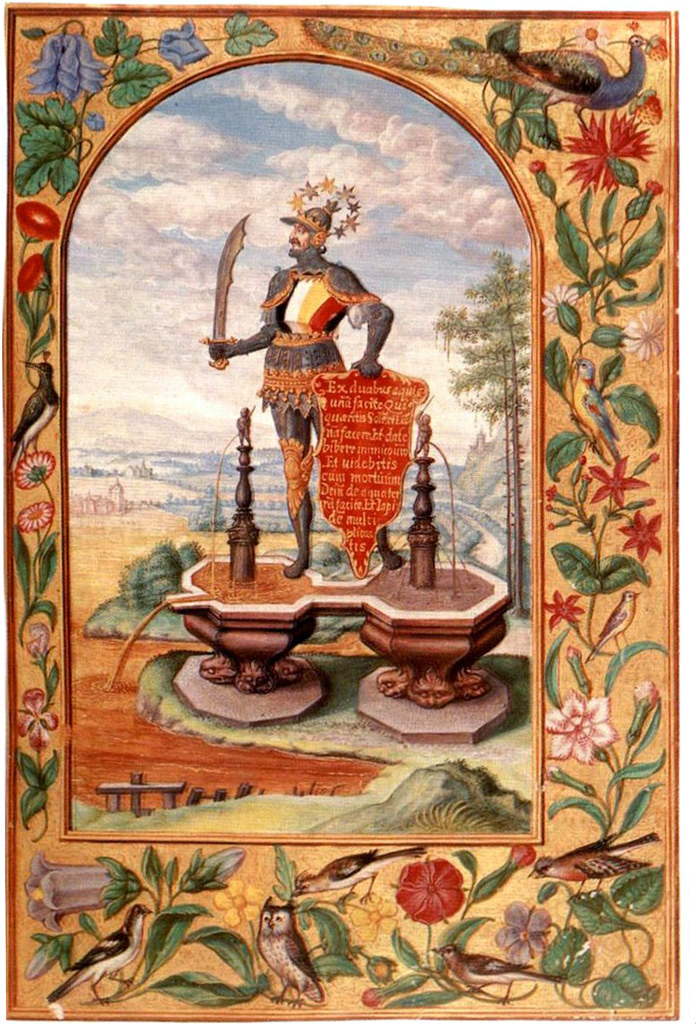 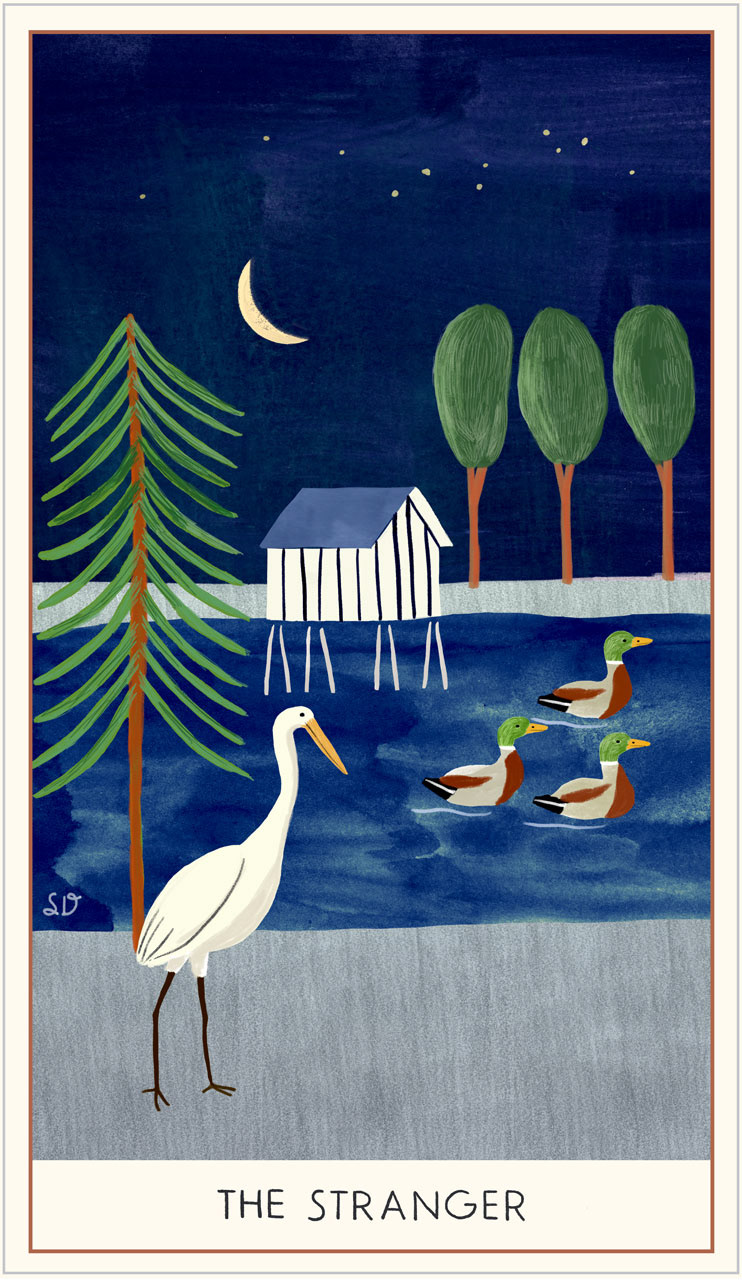 A crowned knight stands astride an ornate double fountain, which overflows. His buckler is coloured in sequence black, white, yellow and red and seven stars encircle his head. In full gold-trimmed armour he brandishes a sword in his right hand and holds a golden shield in his left, on which is inscribed: "Out of two waters make one, you, who seek to use the Sun and the Moon. Give it the sparkling burning liquid to drink. And you will see that it is dead. Then out of the water, the earth is made. And the stone is multiplied." (Stephen Skinner's Splendor Solis commentary)
The Knight of the Double Fountain vs The Stranger and Peer
"The blending of the two streams produces a golden fluid, which overflows, flooding a well-tended countryside with fields bordered by rows of trees. Here the knight symbolizes the ego strength that supports the individual in taking charge of the situation, making decisions, and initiating action."
"The stream of urine from the little boy is gray or silver, associated with spirit and with Luna, the changeable. Silver also denotes Mercurius at the beginning of the work. The girl's urine is a golden stream, which refers to soul, sulfur, and Sol. Sulfur and mercury represented opposites qualities of matter, often thought of as masculine and feminine."
"Psychologically, this is the first stage of initiation, which often involves a purification by water, as in baptism. This archetype, so often associated with the education of the young, may be activated in transitional phases at any age; as such, its symbols become a vehicle for individuation. "
"An owl in the lower part of the frame, facing left, is heckled by two birds. This suggest the internal strife and ambivalence attending the wisdom of combining the opposites."
The swans in the Peer represent the transformation of The Stranger's solitary heron into a new capacity of integration with another as symbolized by the swan, a bird which is very social and mates for life. Like the owl heckled by the two birds in the frame of the Splendor Solis plate, the heron is the outsider rejected by the ducks in the Ugly Duckling or the weird kid bullied by others at school. While the heron stands outside the river, his closed house symbolizing solitude or  introspection and the pine tree representing wisdom and longevity, the swans both swim in the 'mainstream'. There's joy in finding one's tribe but there may not be enough differentiation in the two birds and a separation is needed to prevent the process from stalling and continue into a productive combination of the opposites.
Note: the quote is from the book by J.L. Henderson and D.N. Sherwood, Transformation of the Psyche: The Symbolic Alchemy of the Splendor Solis