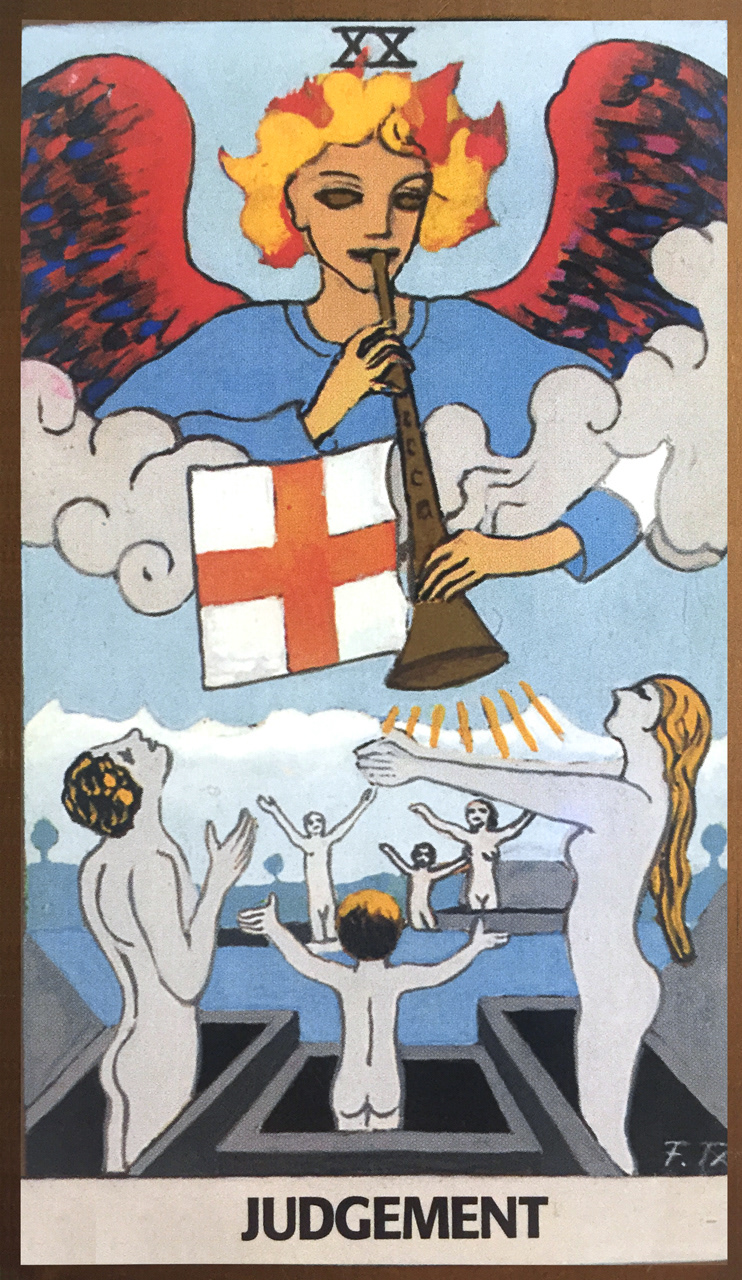 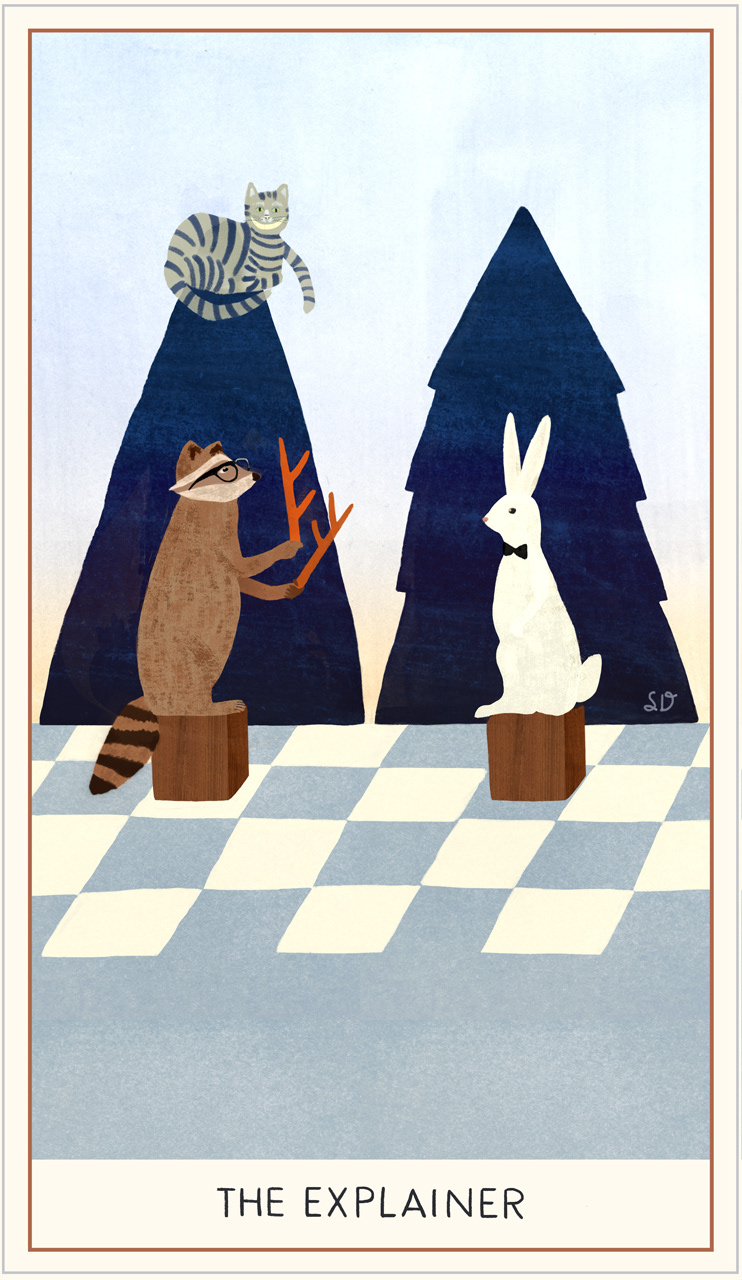 Resurrection to the Cathar was a metaphor for stepping through the final gateway of heaven and the trumpet announces the arrival of the soul into the highest heaven to reunite with the true cosmos.
In my card the Cheshire cat and chessboard reference the story Through the Looking Glass and What Alice Found. The raccoon that represented Amelie in the Make Believer now wears glasses.
Judgement as The Explainer
In the Judgement card the resurrection theme means having reached the world of the spirit, and the angel is a herald that announces the arrival of the soul into the highest heaven. Psychologically,  if we take the world of the spirit to mean the subconscious then the resurrection could be interpreted as the attainment of a greater state of awareness (which may be lasting or only a momentary glimpse).
The Cheshire cat has an ambiguous character and like the angel represents a union of opposites existing on a higher level. When having this higher awareness it becomes possible to see the other side of a story and one's role in it. Alice becomes aware of the other side of the mirror and Amelie sees how she's been living in a fantasy. Likewise, the raccoon is now aware of the trick he was playing on the rabbit and that he himself was a pawn in the Cheshire cat's game.
This card works in tandem with The Make Believer, which I associate with The Magician in the Tarot.

Wheel Of Fortune
The Questioner

The Lovers
The Ally
↑Back to Top