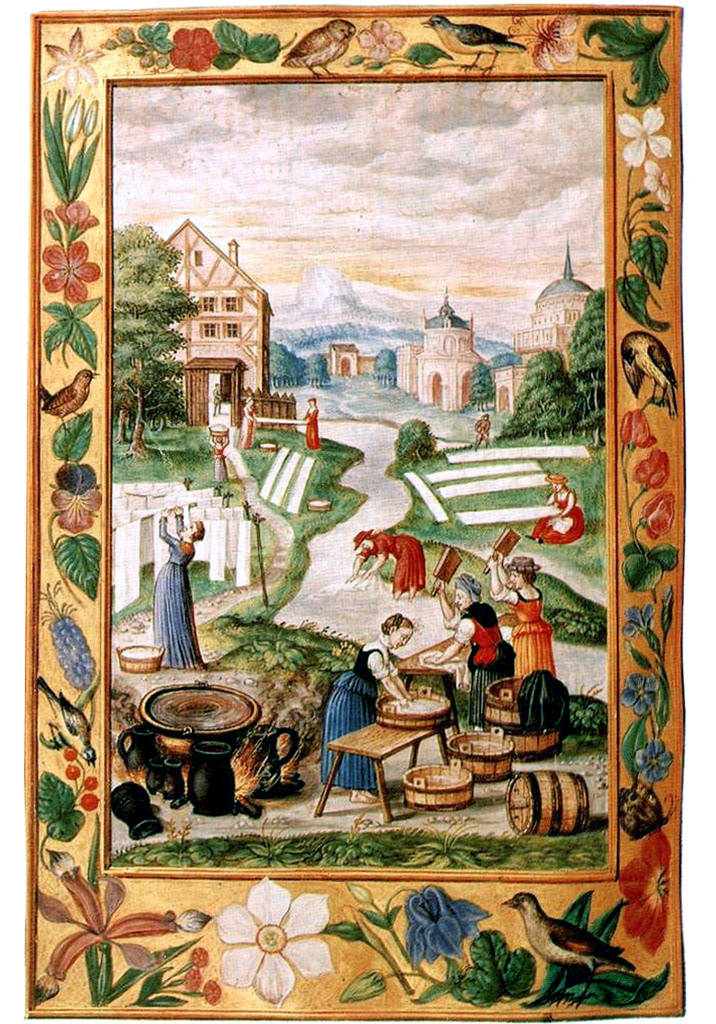 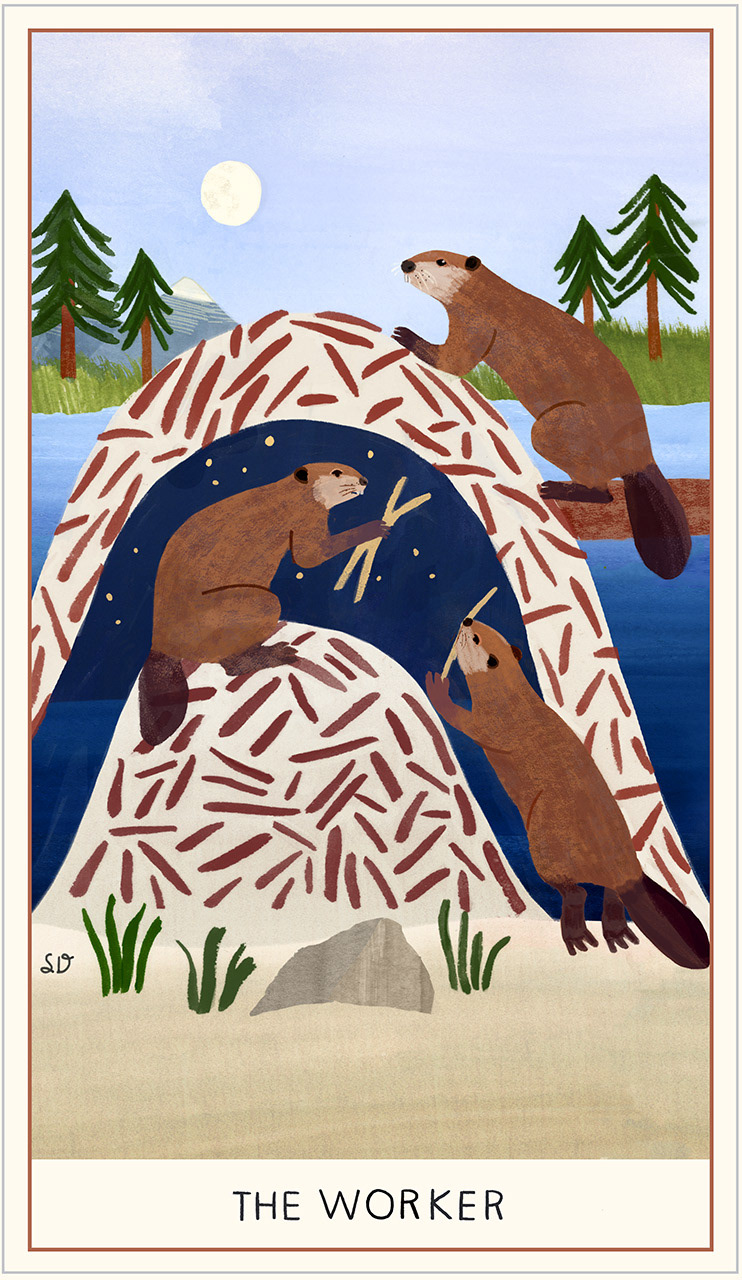 A village scene showing women washing clothes in a stream and hanging sheets up to dry or laying them on the grass. On the frame are birds, flowers, butterfly, fruit. Alchemy is just "women's work", like cooking and washing. (Stephen Skinner's Splendor Solis commentary)
Women's Work vs The Worker
Daily tasks of life, addressing problems in various ways - "Once is not enough and that is simple the way it is with this kind of process. The image of women washing is like saying: ‘Work with nature to do it’. There is no special ability required and certainly no cause for inflation."
My drawing show three beavers building their lodge for the winter. Beavers are one of the only animals to shape their environment and typically symbolize hard work, and putting consistent effort into achieving one's goals. Originally, this image formed a single drawing with the otters seen in the previous plate, Child's Play. While reading Barbara Hannah's explanation of the ego complex in The Inner Journey, I came to see this drawing as a sort of analogy to the ego:
"The ego, as a content of consciousness, is on the one side founded on physical sensations, which are yet perceived psychically from within, and on the other, on the totality of the unconscious psychic content. These two fields are the foundation of the ego and the ego itself is their point of relation. The ego is presumably brought about by the collisions of the body with the environment...
At first, the experience we gain –in the usual painful way–is like little separated sparks of light in the sea of a general consciousness. Slowly, connections appear, resemblances between these experiences, for instance, and gradually these separate sparks cluster together and form a kind of island that we call the ego complex."
The beavers lodge would be that sort of island formed with sticks and logs gathered from the environment, the side of the "physical sensations perceived psychically from within" while the otters playing would represent the side of the unconscious psychic content, where the energy build up.
So in this series, the first plate (The Dark Sun) starts with a withdrawal from the outside world, then in the next plate (Child's Play) there's the energy building up in the unconscious, and in this current plate (Women's Work) that energy is made available for the ego to rebuild itself which finally bring us to the last plate (The Red Sun) with the philosopher's stone as the individuated ego.
Note: the quotes in italic are from the book by J.L. Henderson and D.N. Sherwood, Transformation of the Psyche: The Symbolic Alchemy of the Splendor Solis