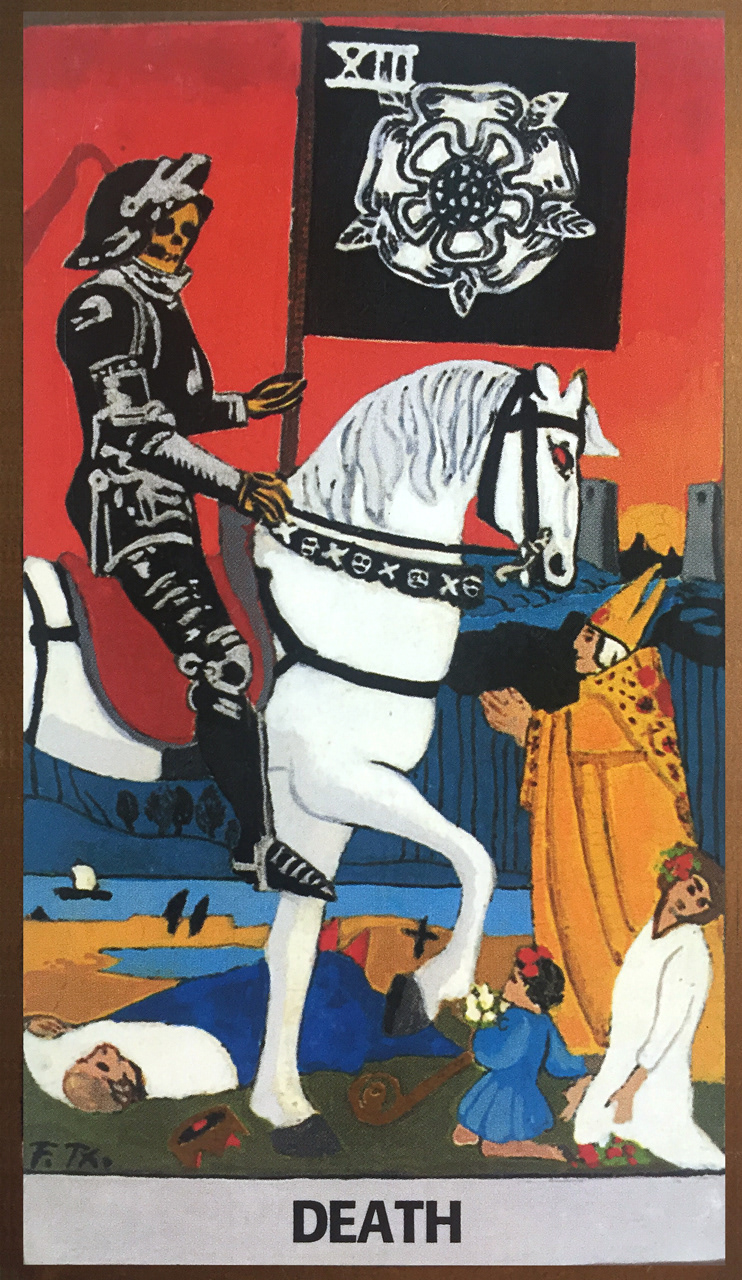 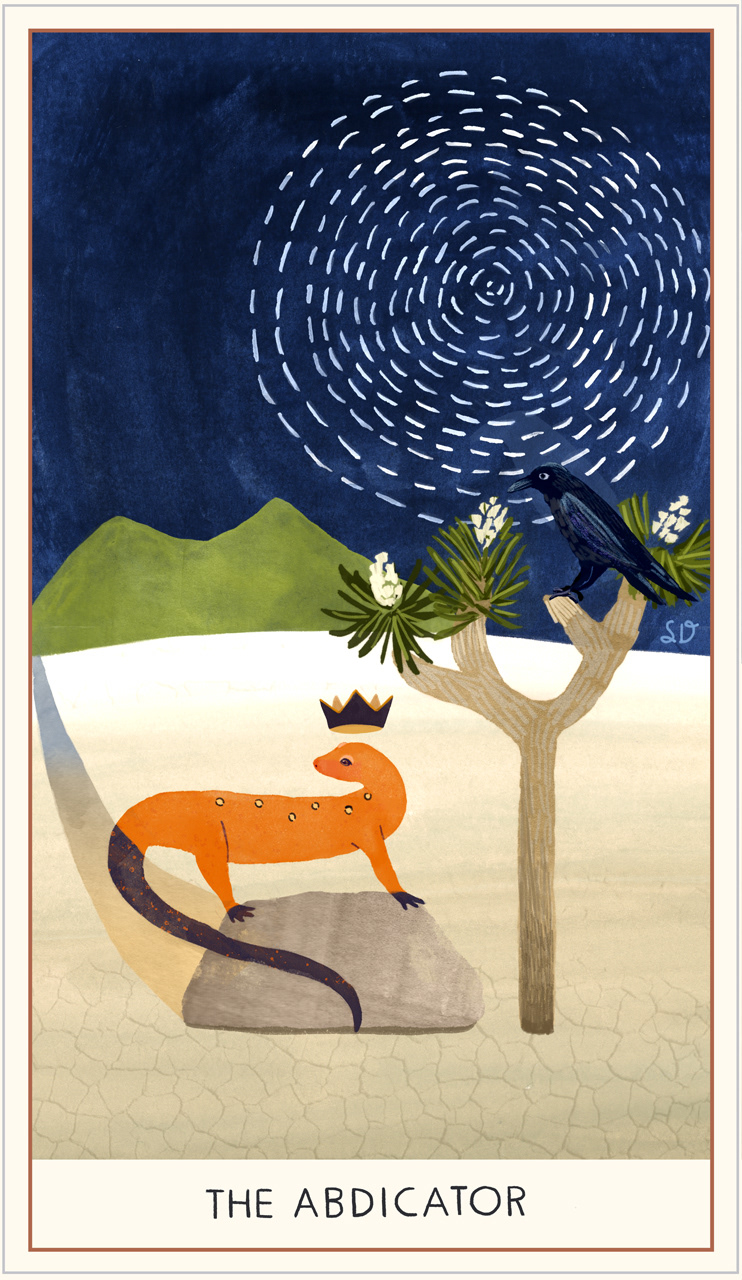 Death is no respecter of earthly status, another reminder for the Cathar that the trappings of worldliness are valueless, ultimately. He is stepping over a prone king, which symbolizes that not even royalty can stop change.
Death as The Abdicator
At this stage Death is shown riding a white horse and tramples royalty while the bishop pleads for mercy. Royalty at the time meant earthly power as represented by the Emperor and Empress so a possible interpretation in psychological terms might be letting go of the ego's limitations and rescuing the spirit.
In the Abdicator, Death is represented by the raven, often portrayed as connecting the material world with that of the spirit. The white flowers on the Joshua tree can have a similar meaning of immortality than the white flower on Death's black flag, as they carry the seeds that generates new trees.
Here too Death is- so to speak- “stepping over” fallen royalty, as there’s a crown hovering over the salamander (which was the emblem of king Francis 1st who sent Jacques Cartier to Canada, so symbolically this represents the break from Europe).
The crown being separate from the salamander is meant to points to a split between the mind and the body, which could mean in a positive sense the ability to transcend the body (for example with virtual communication), or on the other hand as a possible loss of connection to the subconscious.
The sun setting behind the towers in the Death card relates to dying each night to be reborn every morning. In the Abdicator, the spiral in the sky shows the movement of stars captured by timelapse photography and symbolizes an even smaller time frame with the increasing fragmentation of time in our society (for example chopped up communications with text messages, email, etc). And the track  behind the salamander that's half-filled with water symbolizes forgetfulness in connection with the River Lethe of Greek mythology.
This card works in tandem with The Caretaker, which I associate with The Hanged Man in the Tarot.

The Lovers
The Ally

Wheel Of Fortune
The Questioner
↑Back to Top